Forgiveness (21 Days of Prayer for Sons)

“May (our sons) be kind to others, tenderhearted, and forgiving others as You in Christ forgave him.”

Ruth Bell Graham once said, “A happy marriage is the union of two good forgivers.” You could easily replace the word marriage with pretty much any relationship and the quote would still ring true. Life is about being a good forgiver. If we wrote someone off every time they did something that needed to be forgiven, we would quickly find ourselves isolated and lonely. In a culture that commonly says, “Forget them!” instead of trying to work through issues and forgive, how can we teach our sons that forgiveness is a worthwhile and necessary practice?

I’m a firm believer in using appropriate labels with children especially when it comes to building character or reinforcing Biblical attributes in their lives. When my son grabs a toy from his sister without asking, it’s stealing. When my daughter disrespects me with her words, we call it disrespect, but we also talk about it as ‘not honoring to her mom.’ When I confront my son for playing Lego instead of getting ready for bed as I had asked, he is chided for disobedience instead of “not listening to mom.” From a young age my children have been exposed to the words obedience, honor, disrespect, disobedience, and yes, forgiveness.

My son is only nineteen months younger than his sister. I don’t think either of them ever remember being a lone child and they are the best of friends. As an incredibly verbal youngsters, we started teaching both of them to say, “I forgive you” quite early on. If he got into a scuffle with his sister over a toy or with another child, we’d lead him through apologizing and asking for forgiveness or offering forgiveness depending on the situation.

This is important because it helps our sons recognize that they did something wrong and as such, they are in need of forgiveness–which only the injured party can grant. This also emphasizes that their actions, even seemingly minor ones like stealing a toy, carry consequences involve and affect other humans. A common reaction when a child has said I’m sorry, is for the other child to merely say, “OK.” While an acknowledgement of confession is appreciated, it does nothing to rectify the relationship. “I forgive you” involves action from both children.

This teaches both parties that relationships are more important that our own hurt feelings and as such we can strive, as much as it depends on us, to maintain healthy relationships. I can’t tell you how many times I’ve been able to talk with another mom about why we say, “I forgive you” after my children apologize because they are so used to other children merely responding with an “Okay”. Just a simple change of vocabulary can open up opportunities to share the Gospel.

Using Gospel-centered speech also prepares our children as they begin to ask questions about the Gospel. Offering and requesting forgiveness readies their hearts for one day asking forgiveness from Christ and receiving it through their belief in His death and resurrection. 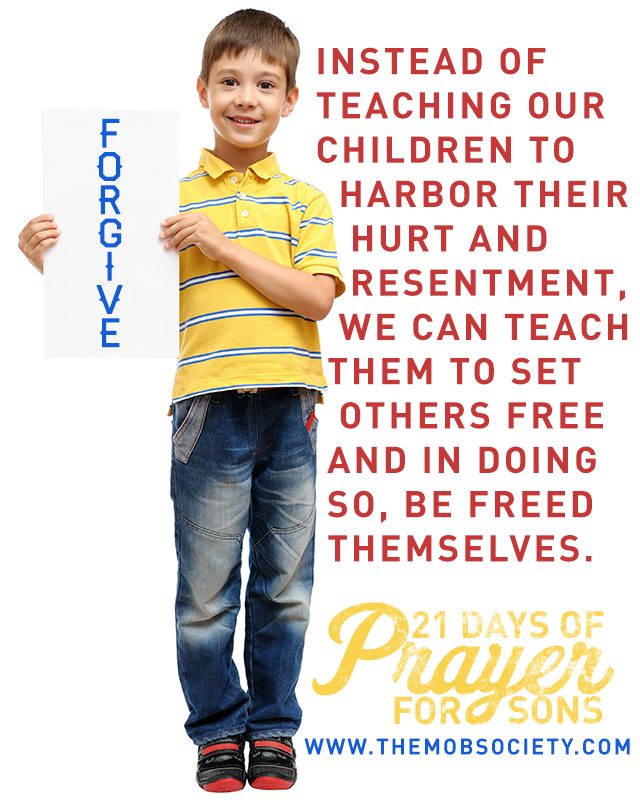 The first time I walked my daughter through this kind of exchange, I know she didn’t fully understand the concept of forgiveness. Goodness, as a mother of five I don’t understand forgiveness, but I do understand this–it is a lifelong practice.Jesus reminds us that we are to forgive seventy times seven times. A basic calculator will tell us that equals 490, but I don’t think that was his point.

Jesus was eluding to the practice of forgiveness. Some offenses will be deep. One that comes to mind immediately is my own divorce and the circumstances surrounding it. These devastating wounds were soul deep and yet I’m still called to forgive. I’m sure you can think of an offense in your own life that can’t simply be washed away with the words, “I forgive you.” Though I’ve forgiven my ex-husband, there are days when I still wake up angry with a list of wrongs dealt to me both old and new, fresh on my lips. It’s in those moments that I must, PRACTICE forgiveness. I must consciously say the words, “I forgive you.” Every time I walk my son through the motions of forgiveness now, I reiterate its importance and its necessity so later he will be able to practice forgiveness even when it hurts. My hope would be that he learns to be quick to forgive and eager to repair a relationship.

Throughout our lives and the lives of our children, we will be called to forgive. Again and again and again. We will be hurt many times in this life. Our children will be wounded deeply. Some hurts will be superficial…a harsh word, a nasty look. Others will cut deeply and leave scars that take years to heal. I know we wish we could protect our children from these, but maybe we can do the next best thing. Instead of teaching them to harbor their hurt and resentment, we can teach them to set others free and in doing so, be freed themselves.

Is there an area in your life that you’ve had to practice forgiving continuously?

Is there anything you do regularly that helps solidify the importance of forgiveness in the life of your sons?

Throughout the day, pray the ten scripture prayers found at the end of the Forgiveness chapter in Praying for Boys! 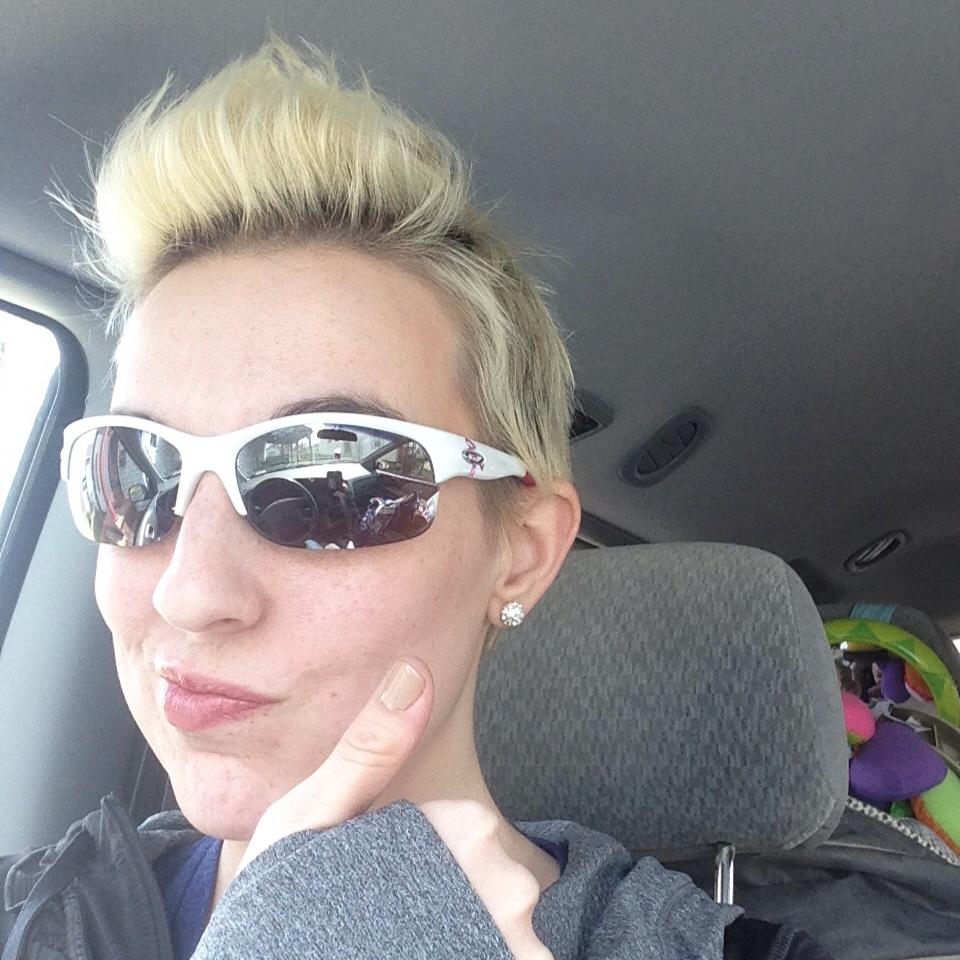 Kristina never thought that the title ‘single mom’ would follow her name, but now that it does she writes about navigating life in this unexpected season. A native New Yorker who despises precipitation of any kind, she works as an American Sign Language Interpreter and writes about her adventures with her four daughters and one son. Her life is rarely boring.

Boys Are A Battle Zone (21 Days of Prayer Prep)

Praying Against Pride (21 Days of Prayer for Sons)