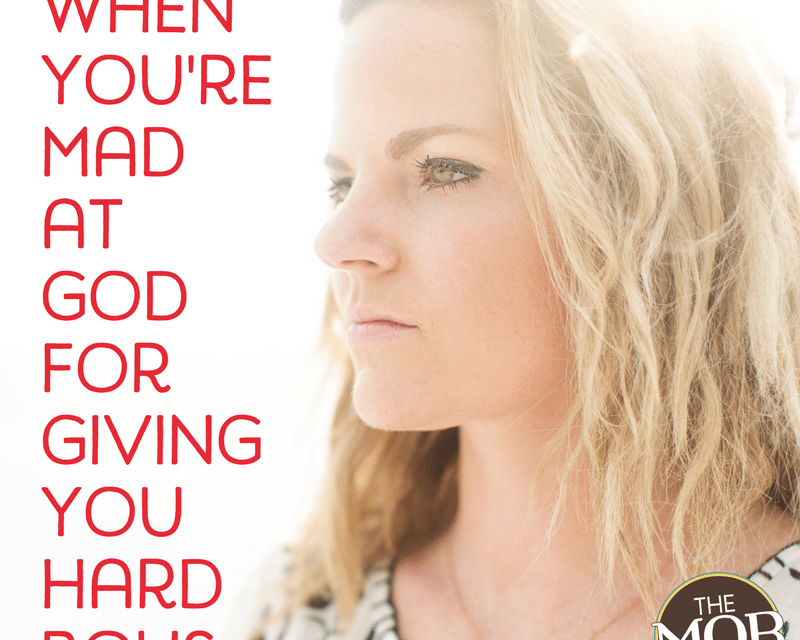 “God, couldn’t you have given me easier boys?”

It’s a question I’ve asked God many, many times since realizing my two blessings were of the “hard-to-handle” type. So often I’ve wished He had given me easier boys, quieter boys, boys who love to read instead of run, build instead of blast.

I’ve spent time on this, you guys, questioning God’s love for me, and why He thought I could handle hard-to-handle boys when I plainly struggle in every way …

But today I want to focus less on the habits and personality of my boys, and more on my own because there comes a time when a mom has to embrace the truth of who her kids are instead of wishing they were something else. 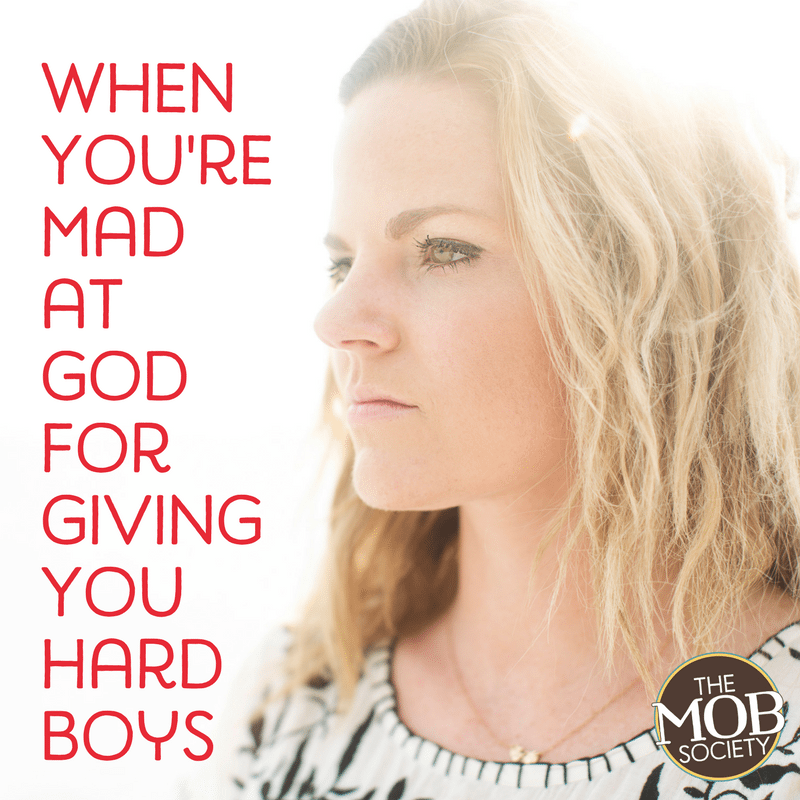 What God Wants Us to Do with the Hard Things

Gomer was a prostitute, Hosea a prophet of God. In the Old Testament book by the same name, God tells these two to get married and allows the ensuing devastation to paint a vivid picture of His love and commitment to the nation of Israel. In the story, Gomer gives Hosea children, then betrays him, committing adultery over and over again. In a nutshell, it’s the story of how Israel turns to God, then leaves Him to follow idols, turns to God, then leaves Him to follow idols, and on and on. (It’s also an accurate portrayal of how every one of God’s children fails Him again and again, and how His love never fails us. But that’s for another day).

My gut reaction to this familiar story in the Bible is “God, why in the WORLD would You ask someone to live that kind of story just to prove something about Yourself?” It almost feels cruel, as if God created a human life—complete with feelings and limitations—just to make Himself look good. As if proving His love for Israel somehow trumped the need to be loving to Hosea.

It makes me feel like Hosea got the raw end of the deal, forced by God to spend his life chasing after a woman who embarrassed, hurt, and humiliated him over and over. My question “Why would you do that, Lord” seems legit …

But I’m learning that the better question is, “How, like Hosea, would God like to use the hard places of my life to demonstrate His love and commitment to a hurting world?“

I can teach them, train them, and pray for them … but in the end, they’re still going to be hard-to-handle. It’s who God made them to be, and one day He’ll use it for something good (I’m believing that, mama! You with me??). This is the battle God has given me, and He wants me to fight it in a way that proves His love, character, and power to those around me.

It’s the way of the Jesus-follower. The way of the one sold out for Christ. The very definition of ambassador, representative, hands and feet of God. Jesus said, “Not My will, but Yours, be done” (Luke 22:42, ESV), and calls us to follow Him.

It’s why I share challenges, hurts, and victories—so the hard places of my life can demonstrate God’s love to you, helping you believe that what He does for me, He can do for you.

Maybe you’re thinking to yourself, I didn’t sign up for this when I became a Christian. I didn’t know God would ask me to (fill in the blank with your hard thing) when I chose to follow Him. I get it, mama. I didn’t fully comprehend it either. But here’s the thing …

It’s truth. Hard but beautiful truth. We find it portrayed over and over again throughout the Bible … stories of people God used for His greater plan. Because in the end, it’s His plan that really matters. Not ours.

Maybe, just maybe, the main reason God gave me hard-to-handle boys was to prove His love to you, mama. Maybe the reason you’re enduring your hard place, whatever it is, is so you can be living proof of His unfailing love to someone else.

It really is all about Him.

If your hard thing in life is a hard-to-handle boy, stop fighting AGAINST him and fight FOR him instead.

Fight Like a Boymom (FLABM) is an exclusive program created by me, Brooke McGlothlin, and The MOB Society for moms like you. Inside, you’ll find teachings from me and experts in the field of raising boys designed to be your roadmap to raising hard-to-handle boys.

What Did I Do to Deserve Hard-To-Handle Boys?

How to Show Actionable, Tangible Love to Your Hard-to-Handle Boy

When You Feel Abused by Your Boys (Wendy Speake)

Safeguarding Your Marriage in a Hard-to-Handle Home (Ashley Willis)

What to Do When Things Go Wrong (David Thomas – Licensed Therapist)

The Importance of Praying for Boys (Brooke McGlothlin)

Without leaving your home, become a better mom—one who understands how to fight for the hearts of her sons.

Click here to learn more about joining this amazing course! 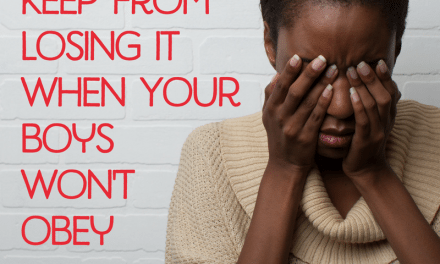 Three Practical Tips for Teaching Boys to be Wise (#BitsOfBrooke)