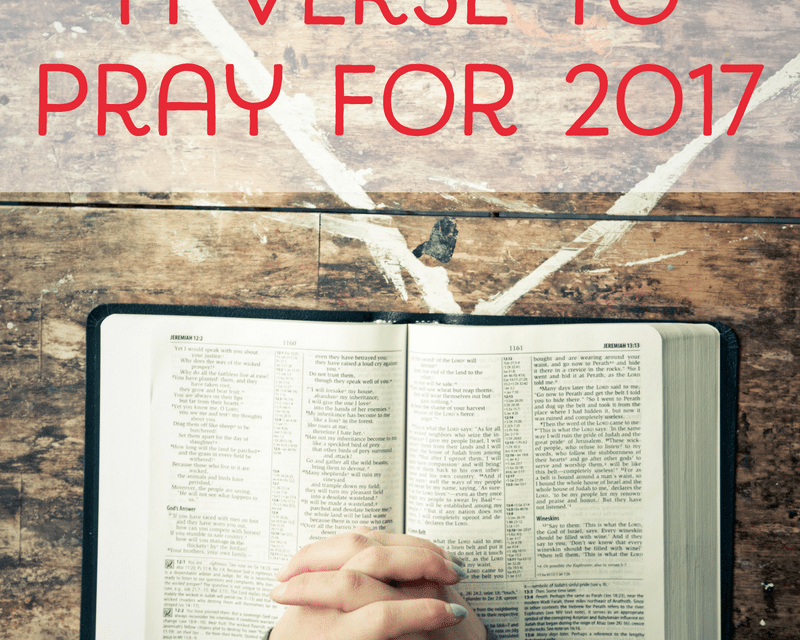 2016 ranked up there as the hardest year I’ve had since I gave birth to our second son 23 months after the first.

Six months ago, we did something I said I would never do—moved back to our hometown. The reasons I didn’t want to move back had very little, if anything, to do with the town itself (we’ve always loved our home town), and more to do with all we’d gained in the place we settled post-marriage.

In Roanoke, VA, we brought our boys into the world. We struggled there, found a deeper relationship with and dependance upon Jesus there, and got a picture of what the body of Christ can really look like when it works the right way. This had less to do with the actual church we attended and everything to do with the people we did life with. To leave them, and the community of people we’d formed all trying to live life the same way, seemed unthinkable. 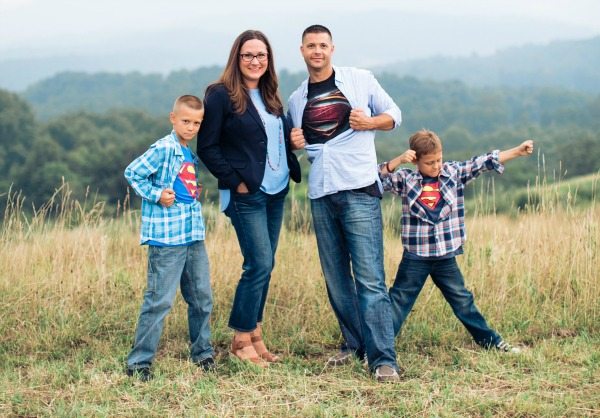 So I didn’t think about it much … even though I kept telling our friends I felt like we weren’t doing something we were supposed to be doing. I couldn’t put my finger on it, I told them, in spite of the fact that I had felt nudged of the Lord to move back over two years before. I guess I just couldn’t wrap my mind around the idea that the Lord would ask us to give up what was so dear to us to go to a place where we’d have to start over (well, kind of start over. It’s weird saying “start over” since we’re both from the same small town).

Even when our house was on the market, I couldn’t believe we were moving. It was an act of sheer obedience unlike any I’d ever offered the Lord before. I felt like the Lord was asking me to step away from some of the best things—the best people—that had ever happened to me. People who loved me unconditionally, understood me, supported me, cheered me on. I guess it felt a little like having a warm blanket snatched off in the middle of a winter wind storm. Change can feel like that.

To make matters more difficult, the boys and I moved without my husband.

No, I’m not telling you my marriage is in trouble. I’m just telling you that God made it clear we were to go while waiting for him to get a job transfer, and that much of the last six months has seen him on the road between where we live now and where we used to live.

It hasn’t been ideal by any stretch, but it has provided me with some significant learning experiences, a few of which I’d like to share with you today.

I used to think that God’s will would be easy … that an open door automatically meant the step through it would be smooth and effortless. After all, there’s something inherently hopeful and good about knowing you’re walking in obedience, right? I’ve since been reminded of John 16:33 where Jesus says, “I have said these things to you, that in me you may have peace. In the world you will have tribulation. But take heart; I have overcome the world.”

Our move has been anything but “smooth and effortless,” in spite of the fact that our family and friends here have been so gracious and kind to help take care of us (and that we really do like being back home). Some of life is a fight. It just is. God tells us in this verse to expect it, not be shocked when it comes. The key is to decide #1 whose team you’re on, and #2 whether you’re fighting for or against something. It makes a big difference because sometimes, in the hard times, you’ll feel like God is fighting against you. If you decide before the hard times that #1 you’re on God’s team, and #2 you’re fighting FOR His perfect plans and AGAINST anything that would keep you from deep relationship with Him it’ll go better. Not easier, but better. Full of meaning and purpose.

Hard circumstances bring forth our true colors. Press into them instead of stuffing them and running away.

Stress reveals the truest you … the truest me. When I feel stressed, hurt, or afraid I most often want to run away and make it stop. But if I do that, I’ll miss what God wants to show me about my heart. Even though I’ve been a Christian for a long time now, and studied God’s Word extensively, there is still “junk” in my heart I didn’t even know was there until it got pressed out by this move. Instead of denying the “junk” is there, or acting like it’ll just go away if I deny it, I’m learning to wallow in it a bit, really allowing the Holy Spirit to press His finger on my heart and say, “Right there. That’s what I want to work on.” It’s my experience that the hard things of life are purposed by God to make me more like Him. If I’m always running away from them, I’ll never fulfill my greatest, God-given kingdom potential.

Survival as a Christian who’s committed to doing God’s will requires a teachable heart.

Almost nothing about this move has gone the way I thought it would. I promised my children that things wouldn’t change that much apart from being in a different location, and almost everything has changed. Things I never thought I would do, I’ve done … all in the name of following Christ and trying to be a good wife and mom. On many occasions, God has pried my fingers open to make room for His plan, when all I wanted to do was hold on to mine.

A few days ago, I re-read Proverbs 16:1-3 like I was reading it for the first time and KNEW God was showing me my prayer verses for 2017. It says:

“To humans belong the plans of the heart, but from the Lord comes the proper answer of the tongue. All a person’s ways seem pure to them, but motives are weighed by the Lord. Commit to the Lord whatever you do, and he will establish your plans.”

The Message version puts it this way:

“Mortals make elaborate plans, but God has the last word. Humans are satisfied with whatever looks good; God probes for what is good. Put God in charge of your work, then what you’ve planned will take place.”

This is the part that slays me: “Humans are satisfied with whatever looks good; God probes for what IS good.” As a mere mortal—something that is becoming more and move obvious to me every day—what I can see of God’s plan is so limited. I’m tempted to think that just because I’ve walked with Him for years I alone know what is good, and right, and true.

But I am still so influenced by my flesh. When I’m pressed, junk still comes out. Therefore, I must always pray and ask the Lord to keep me teachable while God probes my heart. 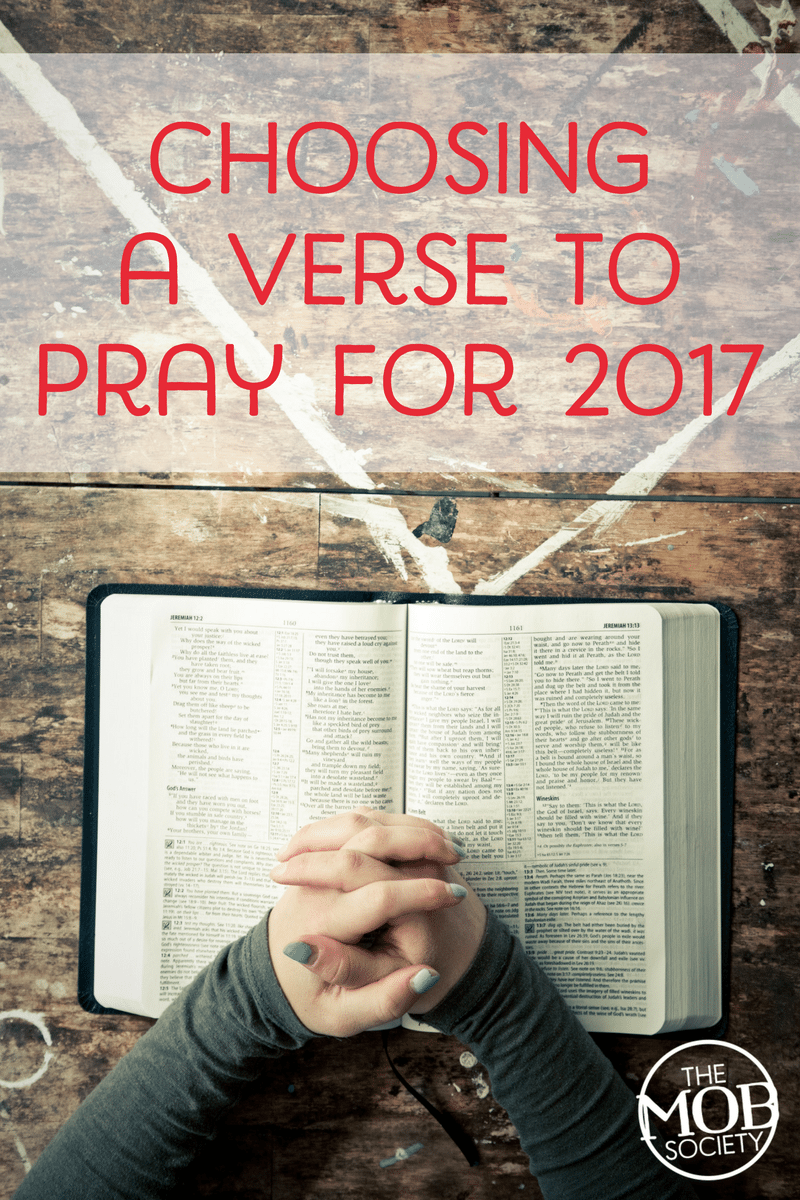 Lord, help me not be deceived into thinking all my ways are pure, or to pridefully think only I can understand the right way. You alone know the motives of my heart. Help me to be open to things that are of You, but might look different from what my limited understanding and vision has previously allowed. Help me put You in charge of all I do.

And as I pray it for my sons, it’ll sound like this:

Lord, help my son not be deceived into thinking all his ways are pure, or to pridefully think only he can understand the right way. You alone know the motives of his heart. Help him to be open to things that are of You, but might look different from what his limited understanding and vision has previously allowed. May he put You in charge of all he does.

Our team would love to hear how God is leading you to pray in 2017. Share it in the comments and we’ll cover each and every one, praying for you by name.

Allow us to bless you in the month of January? Grab our gift to you!

Click here to get your FREE copy of 10 Ways to Step Out of the War and Into the Battle for Your Hard-to-Handle Boys, today. 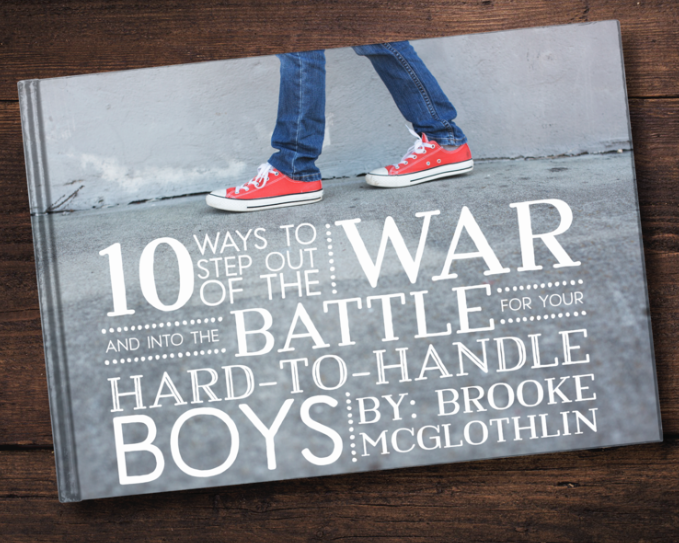 What Could God Do? #BitsOfBrooke 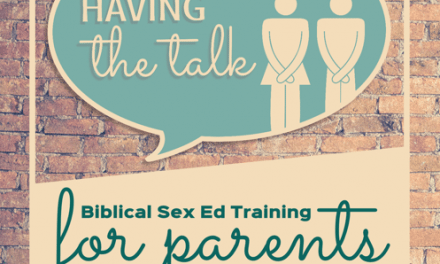 How and When to Have “The Talk” with Your Kids