What Has Power Over Your Parenting: Fear or Hope? 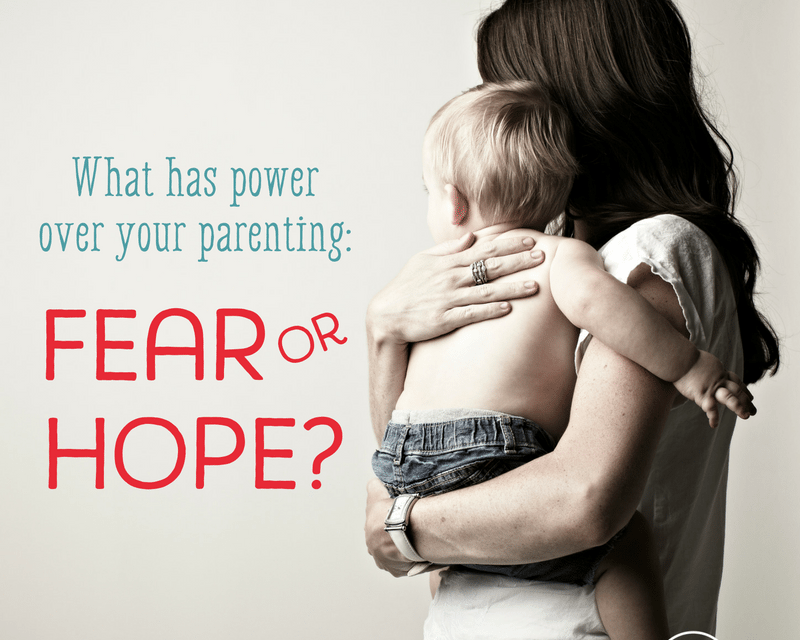 My sons and their neighbour friend zipped around on their bikes, staying on the sidewalk as requested. After a few minutes, this became boring to them and they pleaded with big eyes and smiling promises to be allowed to cross the road and travel the sidewalk on the other side. Trying to be a relaxed mom, I gave permission.

Then, my seven year old veered out into the street. No cars were coming, but my heart rate skyrocketed and I involuntarily screamed at him. Blood pounded in my ears as he pedaled back to me. The neighbour boy looked at me like I’d grown horns, and my son was annoyed that I had destroyed his fun.

What had happened to turn me from relaxed mom into screaming mom?

Taking big breaths, I walked over to the boys, trying to decide what to say. How do you explain to children the sound of metal against flesh and the terrifying silence that remains when someone in your family has died in a car wreck? Can they even begin to understand the deadly danger every car on the road poses, the mere imagining of which causes fear to tighten like fingers at my throat?

In that moment I realized how much of my parenting is done out of fear. I may seem like a relaxed mom on the outside, but on the inside I am tied up in knots because every decision is weighed on the balance of whether or not they could get mortally hurt. I cannot imagine losing a child the way my parents lost a child. 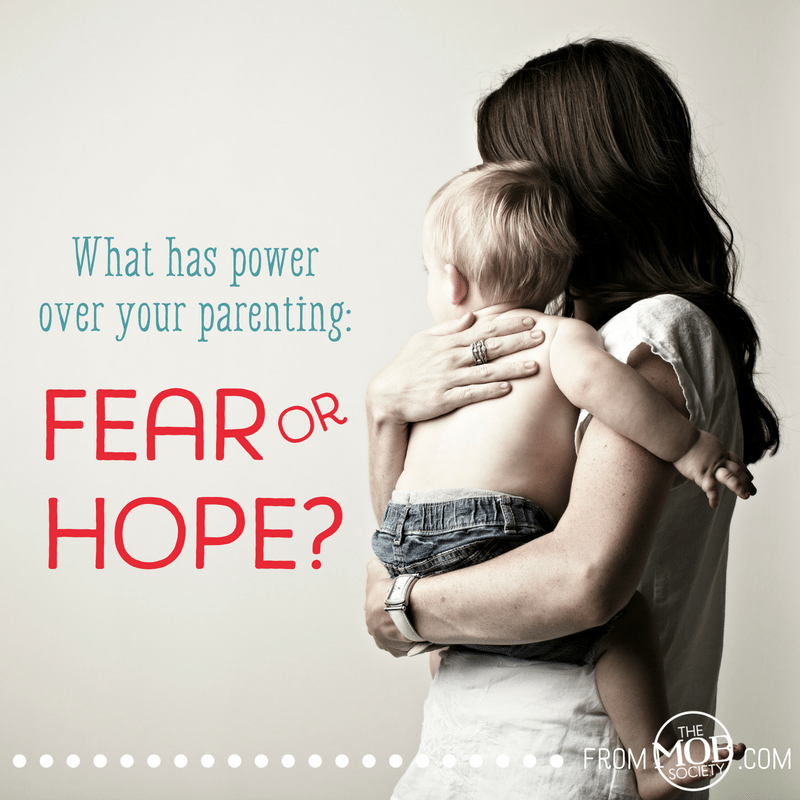 Perhaps you have already lived the nightmare. You may have had a miscarriage, or lost a child to cancer or an accident. How do you go on? How do you move past the fear? How can you keep it from overwhelming, from choking the life out of your mothering?

For me, it is a day by day, hour by hour, situation by situation remembering that the lives of my children are in his hands.

I have this hope, you see, a hope that reminds me that this life is not the end.

It was a hope with which I was raised, a hope that was cemented when I saw my teenage sister in a casket and I realized that what remained was only a shell, the part that simply housed the trueness of who she really was. Death made me realize the permanence of life for the believer.

C. S. Lewis says that it is this precisely this hope of heaven that enables us to make a great difference in this life. “The Apostles themselves, who set on foot the conversion of the Roman Empire, the great men who built up the Middle Ages, the English Evangelicals who abolished the Slave Trade, all left their mark on Earth, precisely because their minds were occupied with Heaven.” (Mere Christianity)

I would argue that for mothers, we can leave our mark on the earth through our children most when our minds are occupied with heaven.

My past loses its power over my parenting when my hope is in heaven.

When I see my children through the lens of eternal hope, I am able to let go of my white-knuckled grip on their future. I pray that my fear will never keep them from following God’s call.

Is there something in your past that has power over your parenting? Perhaps it is the fear of another miscarriage, or the fear of your children repeating your mistakes. Whatever it may be, I pray that God will empower you to gaze at him today, and that “the things of earth will grow strangely dim in the light of his glory and grace.” 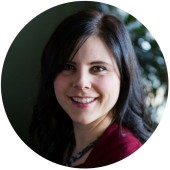 Christie is the mom of 3 boys and wife of an educator (who doubles as her personal key-finder). She is the Director of Children’s Ministry at her church. Her passion is to help parents and kids live the abundant life in Christ. Check out her YouTube channel: the Bedtime Devo Mama!

Tips for Reading Through the Bible for the First Time

A Written Record of Giving Thanks