Self-Control (21 Days of Prayer for Sons)

For the first 10 years of my marriage, my husband hid a secret sin.
He struggled with pornography and I had no idea. While I was busy with babies and then toddlers and juggling a part time job, managing our home and laundry and you know, life–he was fighting a hellish private battle. 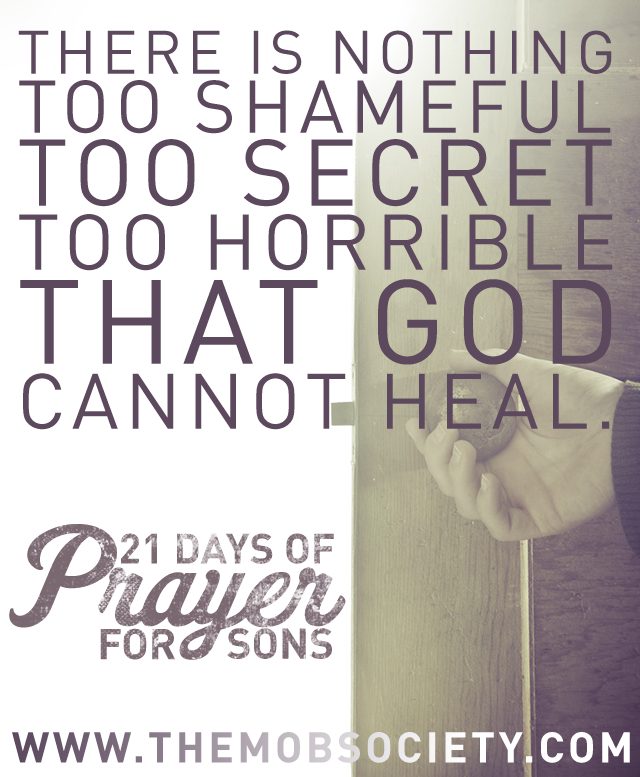 He was terrified if he admitted his struggle, he would lose his family. I was the proverbial good girl, a rhinestone Jesus pin-wearing wife who would be destroyed by his struggle. Although he would succumb to temptation in his weakest moments, he never stopped fighting. He also kept quiet. When we had a son, things changed. My husband didn’t want this cycle to continue. In a desperate move, he decided he wanted freedom more than he wanted anything else. He confessed. And it destroyed me. 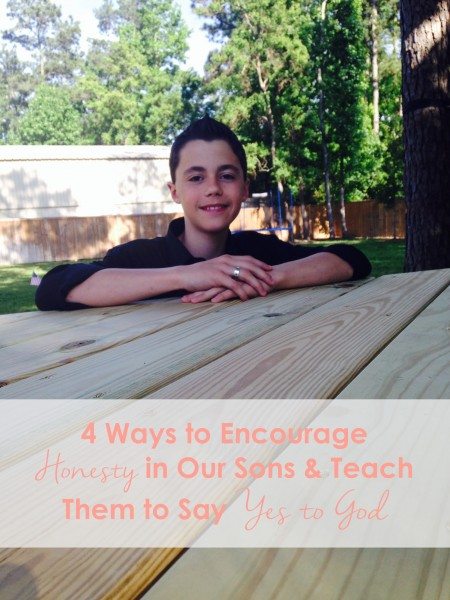 He said yes to freedom. He said yes to honesty. It’s changed the way he fathers his son. It’s changed the way I mother our children. Because there is nothing too shameful, too secret, too horrible, that God cannot heal. God has used this brokenness and we are raising our son differently because of it. Instead of pretending like our 12 year old son won’t be tempted some day, we proactively educate him about self control. Saying these things out loud–talking about these private issues has created an atmosphere of honesty in our home; no subject is taboo or off-limits.

Here are 4 Ways To Encourage Honesty and Self-Control With Our Sons:

Praying for Patience (21 Days of Prayer for Sons)

What is Prayer and Why Should We Do it? (21 Days of Prayer Prep)

Gentleness (21 Days of Prayer for Sons)

Anger (21 Days of Prayer for Sons)