Dear MOB Society, because I’m divorced, my son doesn’t get to live with his mom and his dad at the same time. I feel like such a failure. Can you help?

My son was three when everything changed–the house he called his own, the parents with whom he lived, and the schedule of his days. We’d meet in the Thrifty parking lot each Sunday night as he returned from his weekend with his dad. And I can still hear the screaming and crying of his little voice, wishing not to leave his dad.

In the aftermath of my affair and the divorce, guilt smothered me like a heavy wool blanket, and wouldn’t let me go. We chose to live thirty miles apart, and eventually both remarried. For years my son lived at our house one week, and at their house the next. He had two bedrooms, two pillows, two toothbrushes, and two sets of clothes. And although he had two of everything, he became a visitor in both homes with no place to call his own.

I missed him when he was gone, and felt like I’d failed him when he was near, with no way to fix it by then. The years passed, as he went back and forth–talking, supporting, and loving him as best we could, but wanting to do more.

So in his 6th grade year, my husband and I made a life-changing decision. We chose to move into his dad’s neighborhood, buy a house one mile away, and allow him to move in full-time with his dad. He could ride his bike to our house, and I could pick him up from school. We could have dinners together, and I could help with homework every week.

In moving, we sacrificed our freedom, and I’d be lying to say it wasn’t a challenge. Yet even though it’s been humbling and hard, it’s been rewarding too. Through the years we’ve had many moments to connect through time together and transparent conversations.

Just last month he turned eighteen, and God willing, he will graduate from high school this June. And while there were times the guilt tried to convince me he’d never be okay, God has been faithful to help me shed the guilt and replace it with His truth, as I was faithful in the small ways each and every day. And even the divorce can become a gift, as God continues to redeem and restore the aftermath, in His time.

5 Tips if You’ve Been Divorced

1. Pursue open and honest dialogue with your child

2. Maintain a respectful parenting role, together with your ex-spouse

3. Refuse to speak ill of your ex-spouse

4. Admit and acknowledge your failure

5. Highlight the grace and mercy of God

In this life, things happen. Tragedy strikes. Life doesn’t always turn out as we’d planned. We fail and we disobey. And yet, even still, God is in control. There is nothing He cannot restore, and nothing He will leave unredeemed in His time, as we surrender it to Him.

There is therefore now, no condemnation for those who are in Christ Jesus. For the law of the Spirit of life has set you free from the law of sin and death.
Romans 8:1-2 (ESV)

No matter what, whether you’re married, or divorced, or remarried again, if you are in Christ, there is now no condemnation for you. [Tweet that]

Lean into Him in the little ways, and take comfort in His love.

You are the exact parent God chose for your child, and He will give you the strength you need to make it through.

May this truth help you overcome, when the feelings of failure begin. And may you always remember there is always hope, and you are never alone. 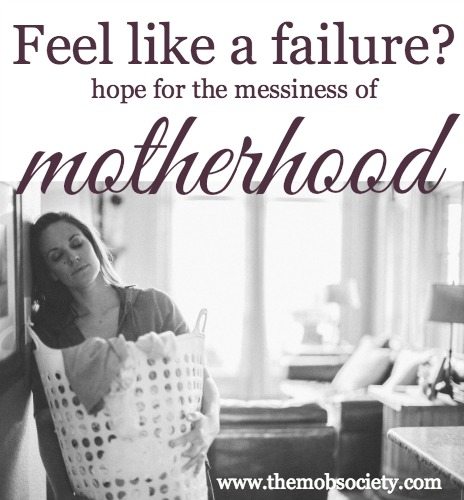 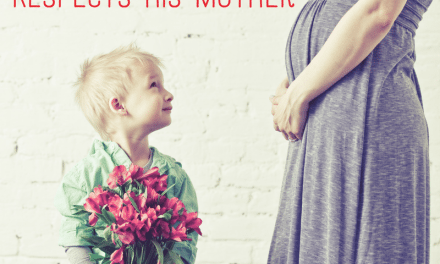 When a Son Loves and Respects His Mother

How to Raise a Boy into a (Godly) Man