One Way to Teach Little Boys Self-Control (& a coupon code for music!) 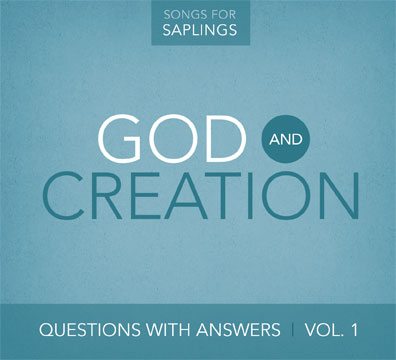 My nephew rolled his eyes as four little boys rolled off the back of the golf cart after a ride around the campground one last time. It was late, and we had played hard at the lake all day. When they begged for a quick ride with their older cousin, I thought it was a great way to end a great day.
I could hear them singing something from across the campground, then laughing hysterically at themselves, but I didn’t know what it was they were singing until my nephew complained, “Aunt Brooke, they were singing something about the devil! What in the world??”

My nephew was obviously horrified…even more so when his otherwise sane aunt started laughing hysterically. What in the world, indeed! What he didn’t know, was that we’d spent the previous week learning a lesson in self-control, and we used a song to help us do it. The words went something like this:

It was a perfect way to engage their senses, and help them understand the concept of vigilance in the area of self-control.

I mentioned earlier this week that our boys do have a very real enemy, one whose only desire is to kill, steal, and destroy them (John 10:10). This concept is one we’ve tried to make clear to our boys from the get-go—that sin isn’t something to be taken lightly. No, they’re in a fight against an enemy who thrives off of their pain, something to take very seriously indeed.

That little song, (called “Who is Satan?”) probably less than two minutes long, stuck with our boys so much that they would often break out singing it spontaneously, and much to my nephew’s chagrin, on the back of a golf cart while riding through the dark woods at the lake.

As a homeschooling mom, Songs for Saplings music has been one of my favorite go-to tools to help me teach my sons basic concepts from scripture. You know by now that I have two of “those boys,” the ones who are 250% boy, can’t sit still, have trouble paying attention, and are highly physical in everything they do. I’ve struggled over the years to find a good Bible study, even ones made for young boys, that holds their attention long enough to reach their hearts. But music almost always works. It’s become a part of how we educate our boys, and is a great way to help them memorize scripture whether you homeschool or not.

The little song my boys were belting out at the lake that night is a classic from Songs for Saplings, and they’re offering you an amazing deal!

Now through October 18, 2013, Songs for Saplings is generously offering all MOB Society readers a coupon code so that you can download the Questions with Answers, Volume I album for less than $1 (regularly priced $6). AND, they’re offering everyone a free download of the song that made such an impact on my boys, “Who is Satan!” That one song is free for the whole week!

With songs in the form of questions and answers, this album contains powerful truths about God. It’s a power packed little CD friends, and I just know you’ll love it as much as we do. (Watch this adorable little YouTube video of Dana Dirksen singing one of the songs from the album with a group of sweet little ones)

Just use the code “MOBcontrol” at checkout to get your discount and your download of every song on this CD for less than one dollar! That’s over an 85% discount!

Again, the coupon code expires 10/18/13. As a side note, the “Who is Satan” song is currently being translated into Spanish as a part of Songs for Saplings program in Latin America. Any digital purchase of their newly released Questions with Answers, Volumes V and VI will go to support that translation effort (these purchases are not part of the coupon code, but what an opportunity to make a difference in the lives of our friends in Latin America! Go get them, friends!).

Your turn! What other fun ways have you found to help your children memorize scripture in a way that really reaches their hearts? Let us know in the comments!