He stood up in front of me and gave me a gentle smile. Running his hands down the front of his crisp uniform, he took in a deep breath, and then he began to speak.

“I am a young man next to my comrades, so I have a different perspective.”

The group of men sitting beside him chuckled. All of them wore uniforms, their faces lined with wrinkles, hair varying shades of silver, and he looked no different. When you were all born in the 1920s, it’s hard to distinguish age.

“I was only 15 when the Nazis invaded our town. My father immediately left home to join the front, and I was left to help my mother care for my younger sisters. But I wanted to fight.”

He looked at me then, hard like he wanted me to understand. My hand hovered over the paper where I was frantically scribbling notes, but somehow I knew I needed to put my pen down for this one. I slid the tape recorder closer so it would be sure to pick up his every word, and I waited for him to continue.

“I was still just a boy, but war has a way of turning boys into men. As soon as I turned 16 I went to the registrar’s office, and I told them I wanted to fight for my country. I was too young to enlist in the Red Army, so instead they placed me on the volunteer battalion with other boys like myself. We were less trained and less prepared, and we weren’t taken seriously, but we fought.” He looked off in the distance.

“Many of my friends died.”

His comrades were no longer laughing. They were watching the man who was now their friend and their peer, the man who was told he wasn’t enough because he was too young. They watched a man who refused to let age be the barometer of strength and bravery.

It was 2003, and I was five months pregnant with my first son. Before I became a mother, I needed to chase down a dream, so I was in Ukraine for a month, touring the country and interviewing World War II veterans for a book I wanted to write.

I listened to this man speak while the baby in my womb kicked and shifted, and I clearly remember wondering if I would be able to raise a boy to be as brave and strong of character as this man had been at such a young age.

What does it look like to raise a boy who’s willing to step into the role of a man if life demands that of him? Was I up to the task? These were all big questions that swirled through my head back then. I was 24 years old, still blinking in the newness and responsibility of adulthood. It was a daunting thought.

Don’t let anyone look down on you because you are young, but set an example for the believers in speech, in conduct, in love, in faith and in purity. 1 Timothy 4:12

This is verse I quote to my boys (and my girls) often. Sometimes youth is just what’s needed to make a difference in this world. Raising boys with a love for others, and confidence in their own bravery is a grand privilege, and it’s the best thing we can do.

As moms, we get a front row seat to watching these boys of ours grow into men. I didn’t understand how naturally that process would play itself out as a 24-year-old, but looking back now to that day when I heard the story of a man who didn’t let youth stop him from defending others, I realize that my job isn’t to try and make my boys brave.

My job is to tell them they already are brave.

FREE FOR KINDLE TODAY ONLY! Click here to get your copy of Kelli’s newest book! 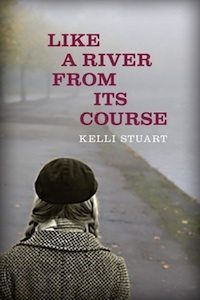 Like a River From Its Course is a novel set in World War II Soviet Ukraine, and it follows four unique characters as they walk through those dark, desperate years. It’s based on the true stories of the men and women I met during my decade of research.

Hailed as “gritty and touching” by Publisher’s Weekly, Like a River From Its Course takes readers into the world of wartime Soviet Ukraine, and gives you a glimpse into these extraordinary people who saw the worst that humanity had to offer, and survived with their spirits in tact.

Visit Kelli’s website for more information on Like a River From Its Course and the true stories that comprise the book. 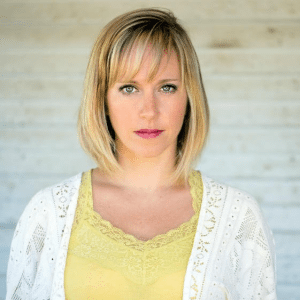 Kelli Stuart is a writer and a storyteller at heart. A graduate of Baylor University with a degree in English Professional Writing, and a minor in the Russian language, Kelli has honed her skills in the written word through editing, ghostwriting, blogging, and traveling the world. In 2016, Kelli releases two books, both with Kregel Publications. The first, titled Like a River From Its Course, is a historical fiction novel set in World War II Soviet Ukraine, and the second, titled Life Creative: Inspiration for Today’s Renaissance Mom, is a non-fiction book co-authored with Wendy Speake, and written to encourage and inspire creative mothers in their God-given gifts.

how to get Christmas into their hearts