Making Men of Peace in Times of War

I invited him to join me on the couch for the National News broadcast just as the election year was ramping up. The commentator summarized campaigns of the day, but the candidates’ convictions faded into conflicts and chaos. “These are the leaders of our country,” I thought to myself. Their rhetoric deteriorated into a competition of who could launch verbal darts and win media attention. These are times of war, yet we war within ourselves. Do the fighters get the followers? The world applauds men who argue, but God praises men of peace.

How can I convince my son that men
of great peace make the greatest difference?

Since the days of dressing in plastic armor and aiming bows made with string, we’ve steered our son’s instincts to make war. His sister provided frequent opportunities to learn the difference between what we fight and what we fight for. We nurtured his sense of responsibility as a protector and stirred his heart to stand for justice. While 21st century war looks different than times past, our sons still take up the flag to do battle on behalf of things and people who matter most.

We can lead our sons to peace because God leads us to peace. He loves it, plans for it, and makes men of peace.

In the Bible, God describes Himself as “the God of peace” (Romans 15:33). By identifying Himself with tranquility, free from rage, God lets us know He values the absence of havoc and the presence of harmony. He loves peace and loves it for us. In fact, He plans for us to live in harmony with each other (2 Corinthians 13:11). As people become embittered over current events and respond with anger or anxiety, our sons need to hear us respond from hearts strong enough to rise above the fray to pursue what God loves. Peace is the passion of the strongest hearts.

As part of His good intentions for us, He calls us to mature in a way that we experience unity with others. His Spirit makes this possible, though we find it hard to be like-minded with those opposing God’s plans. Even so, as “the righteous flourish,” peace is more abundant (Psalm 72:7). Unlike the Enemy of God, the heavenly Father actively works to establish peace for those He loves, and His plans ultimately lead to a permanent peaceful state (Isaiah 26:12-14). No matter what conflict consumes our culture, God is planning and working for the peace of those who follow Him. As part of this plan, He looks for sons to cultivate into men of peace.

To raise up sons who are lovers of peace, God first calls His own to practice harmonious relationships with each other. What better place for this practice than at home and in the church? In this way, we walk worthy of His calling in our lives and cultivate a bond of unity (Ephesians 4:1-3). As we learn to live in tranquil harmony without havoc, the God of peace is with us.

Anyone can argue, fight, and lash out. Most of the boys of the world do and will. God loves those who strive for the greater strength found in peaceful hearts. He plans for it, and He works for it in the hearts of our sons, the leaders of tomorrow. The world applauds men who argue, but God praises men of peace. 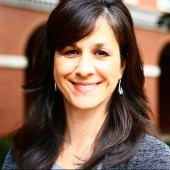 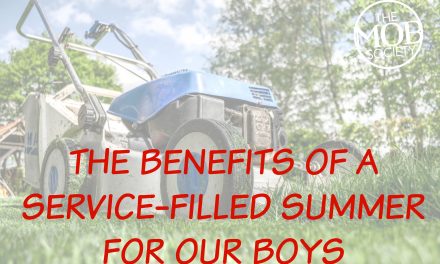 4 Ways to Encourage Gentleness in Our Sons

Practicing Patience in an Impatient World

Raising Good Men: Cultivating the Fruit of the Spirit in the Hearts of Boys