My dad and I were spending some time alone the other day while we waited for my mom to have a small procedure done at the hospital, and as is always the case when we get time together, we talked about the past and what we can learn from it.
As we talked, we saw a little girl across the waiting room sitting with her legs up over the chair in a very unladylike position, and it caused me to remember something my grandmother used to tell me. “Brooke, put your legs down. Ladies don’t sit like that,” she’d say over and over again (because I was something of a tomboy, and didn’t like to sit like a lady). I told my father what I was thinking, and he smiled because he was thinking the same thing.

All of their lives, my grandmother was the central focus of her sons’ lives. Maybe it was because their father abandoned them and left her to raise three little boys on her own. Maybe it was because she had no choice but to hold their hearts, or risk losing them altogether. Or maybe she was just a tough cookie who refused to give up. Regardless, she held their hearts until the very end, and life without her was an enormous adjustment for all three.

But more than that, she was their teacher. The one who gave them a sense of right and wrong, up and down, over and beyond. All moms are, really. They’re teacher, counselor, mentor, disciplinarian, and friend rolled up into one safe package. They guide, correct, heal, and hug…all within the last five minutes. 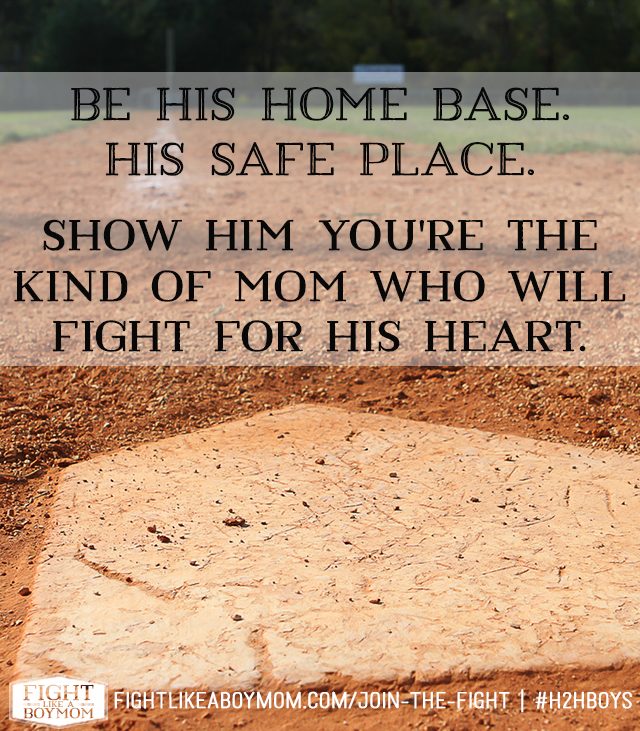 It so easy to look over them, or around them, or at the huge pile of dishes in the sink when they’re trying to get your attention. You’re a busy mom, I know, and there are things that just have to be done. But when he really needs you, get down on his level and look him in the eyes. Nothing feels so good, and right, and true, as having someone totally engaged when you’re sharing your heart. So even if it’s just his latest Lego creation, take a moment to make him feel seen.

Our boys need to know that we’ll stand up for them when they’re in need. Against the bully at school. Against the adult who just doesn’t get him. Maybe even against a sibling who needs to learn respect. All of our children need to feel like there’s someone out there who will be their refuge, their safe place. Let that person be you.

Be his friend, but don’t make that position worth more to you than his ultimate good. Good parents say no…a lot. My grandmother may have held on to her children’s hearts, but she was no softy. Loving, yes. A pushover, no. Did my father and his two brothers ever break the rules? I’m sure they did. But there were always swift consequences for bad choices. They always knew what to expect from their mom, and whether they liked the rules or not, felt secure because she did what she said she would do.

She didn’t just get them through…she taught them to dream. With her words and her actions she painted a vision for the life they could have if they were willing to work hard and do the right thing. When they were too young to dream for themselves, she dreamed for them. Eventually, they learned to dream, too.

Sometimes we just need a trusted friend to help us figure things out. For the last nine years, the Lord has had me on my knees teaching me to fight for my boys. I believe God has called me to stand in the gap for my boys, and I believe he’s called you to do the same. That’s why I created my new Fight Like a Boymom program…a 4-day training on learning to fight for the hearts of your sons. 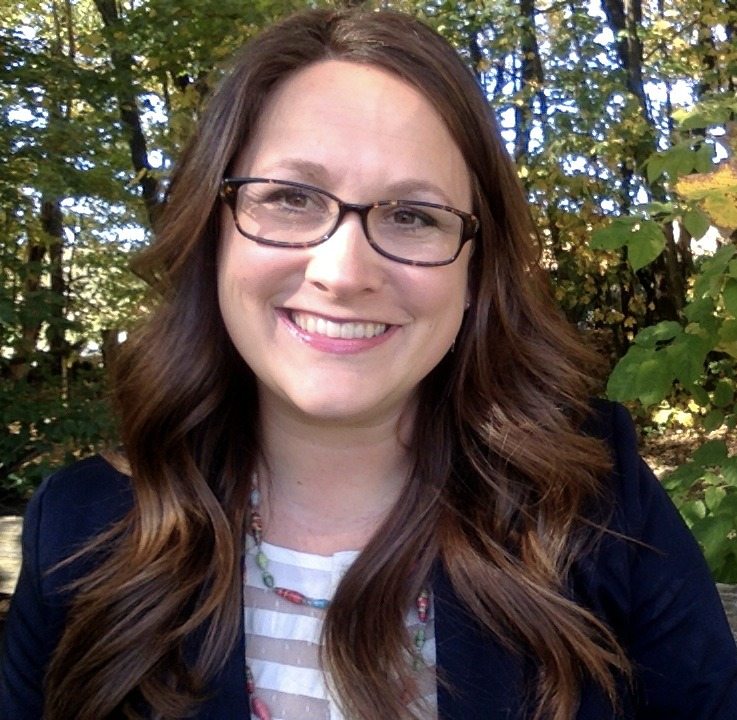 Brooke McGlothlin is co-founder and President of Raising Boys Ministries. She’s a mother of two boys who believes God has chosen her to fight for the hearts of her sons. She can be found most often on her knees in prayer, not because she’s so holy, but because God is. Not because she knows how to raise godly men, but because she believes in the God who loves them more than she does.

The Perfect Planner for Christian Moms in Business! (coupon code inside!)

Our December Study (Unwrap the Characters of Christmas with Us)

Shake it Off, Girl (#BitsOfBrooke)