The First Time He Breaks a Bone

A few days after New Year’s my little guy came running in the house crying because he’d hurt his arm. It ended up being broken and he needed to have surgery to fix it. The next morning, I explained that he would go to sleep and they would put some pins in his elbow so his arm would feel better.  Then he asked the question that broke my heart: “Are you coming with me Mommy?”

I had to tell my sweet boy that I could not go with him for the surgery and that’s when he started to get worried. 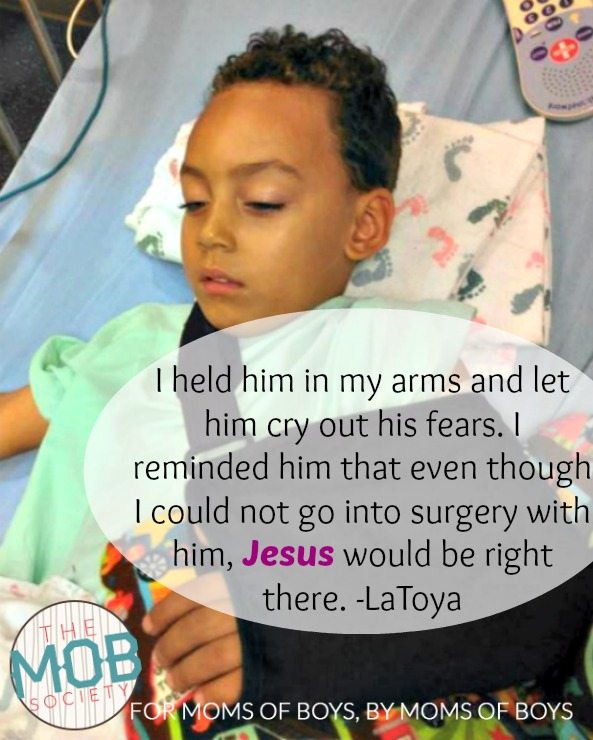 The First Time He Breaks A Bone || themobsociety.com

God is With You

My baby was really quiet on the way to pre-op.  Then he started taking deep breaths and finally he started to cry. I tried to hold his hand to comfort him but he kept crying. So finally as we waited for the doctor I took off my shoes and climbed in the bed with my little one. I held him in my arms and let him cry out his fears. I reminded him that even though I could not go into surgery with him, Jesus would be right there.

I managed to keep it together until they started to wheel him away, but I completely lost it when he started screaming “Mommy” as the nurse wheeled him off to surgery. I have no idea what the nurse said to me as we walked to the waiting room. All I could hear was my baby calling for me. It hurt my heart to know that I couldn’t get to him.  As I sat in the waiting room trying to regain my composure my words to my son came back to me. A soft whisper said to me, “I’m with you too.”

Lessons I Learned at the Hospital

My son’s first broken bone and surgery was hard for me, but I learned some important lessons from my son’s broken elbow:

Have any of your boys ever broken a bone or had to have surgery? How did it go? 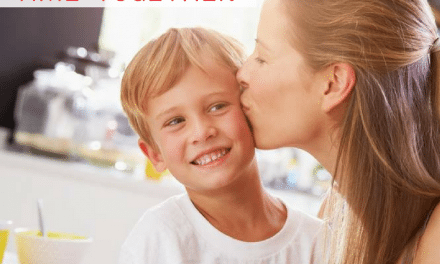