THIS ARTICLE IS A READER FAVORITE AND WAS ORIGINALLY PUBLISHED IN MAY 2012.

She sat across the table and listened to the story of my family. How my dad and his two brothers were abandoned by their father as little boys…a man who loved alcohol and other women more than he loved his wife and children. How my grandmother fought hard for her sons, and on a wing and a prayer managed to raise three amazing men who stayed—family men by deliberate, willful choice, not because they were shown how by their father.

And her words, whispered to my soul as the story ended, pierced my heart.

“You come from a family that fights hard for their sons.”

My grandmother, known as “Cack” or “Kitty Mother” to her nine grandchildren, died when I was 16. And I would give almost anything to have even an hour to ask her how she managed to raise three good men alone.

I was blessed to be surrounded by good men as a young girl. Men who loved their families hard, served others faithfully, and stood for something greater than themselves. Men who sacrificed so their families could have the best, and taught their children to work hard and protect what they believed in.

My dad, grandfather, and uncles all called out the beauty within me as they poured truth and love into my heart. Because of their influence, I chose to marry a good man who respects me and believes in my dreams, and I know that much of my confidence in life comes from being loved well by these men.

But not every child has that type of love… 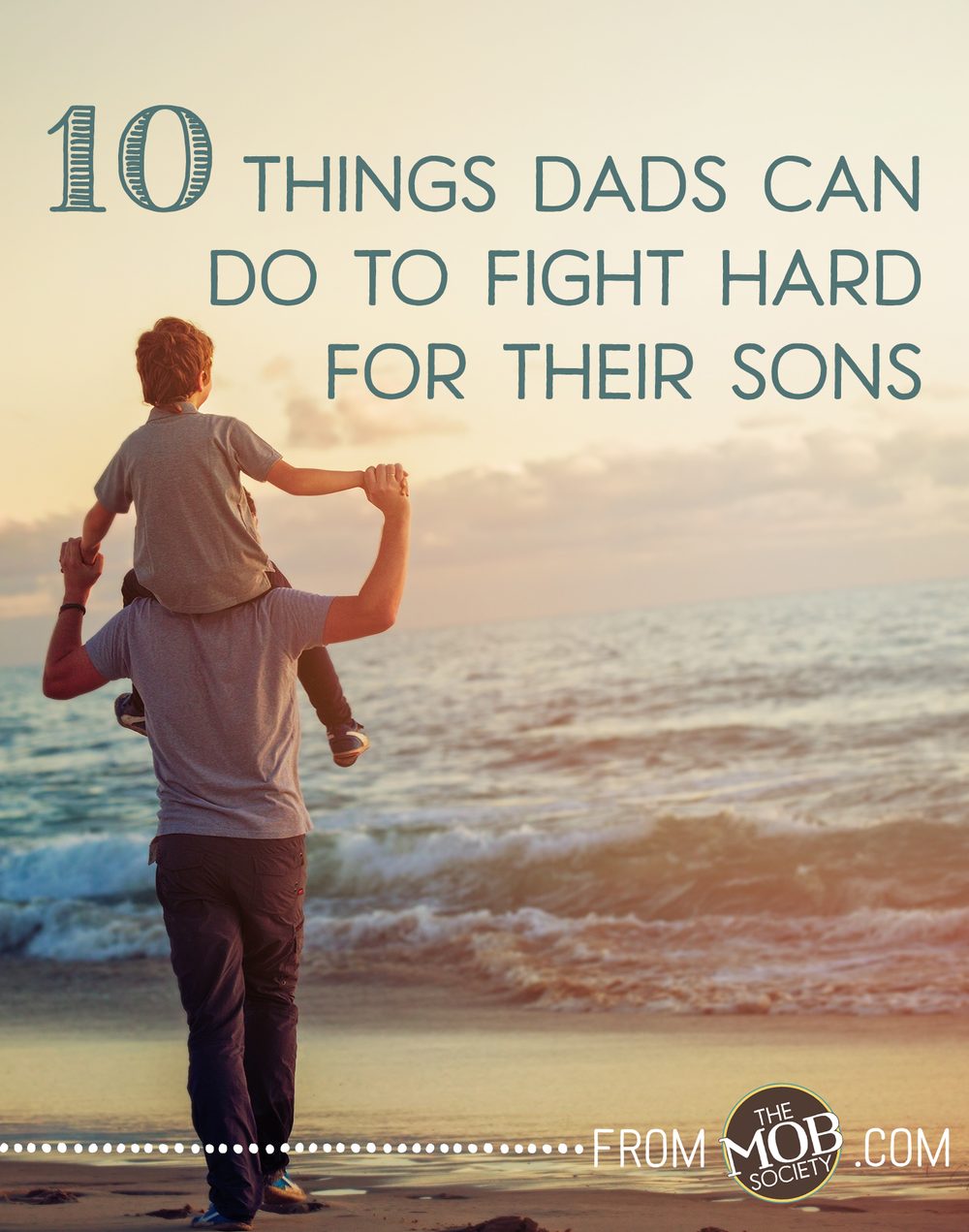 Be a Good Man

Dads, do you know how much influence you have over your children? I know this is a site usually reserved for mothers of boys, but I want to talk to your hearts today. Father’s Day is right around the corner, and I want to take this opportunity to call you out into the role God made for you as husbands, fathers, men.

here are 10 things you can do to fight hard for your sons:

Be a good man. Fight hard for your sons. Make the choice today. Brooke McGlothlin is co-founder and President of Raising Boys Ministries, author of Praying for Boys: Asking God for the Things They Need Most, co-author of Hope for the Weary Mom: Let God Meet You in the Mess, and creator of the Fight Like a BoyMom Program. She’s a mother of two boys who believes God has chosen her to fight for the hearts of her sons. She can be found most often on her knees in prayer, not because she’s so holy, but because God is. Not because she knows how to raise godly men, but because she believes in the God who loves them more than she does.

How to Keep and Deepen Relationship with Your Teen Son

From Faithful Choices to Life-Changing Decisions