Allowing Your Boys to Bless You

THIS ARTICLE IS A READER FAVORITE AND WAS ORIGINALLY PUBLISHED IN november 2012.

When will I learn? I was nearly caught doing it again the other day. We were at a football game – the boys play for the Homeschool Football League – and I just wanted to get back to my seat.

“Mama, can we stop at the concession stand?”

“Why, honey? You couldn’t possibly be hungry. You need to save your money.”

Good advice, right? I want them to learn the rewards of working hard and saving for the things they buy. And I hate to see them spend their money on snacks that are gone in just a few minutes.

“I’d like to buy you a hot chocolate and get my little sister some popcorn.” 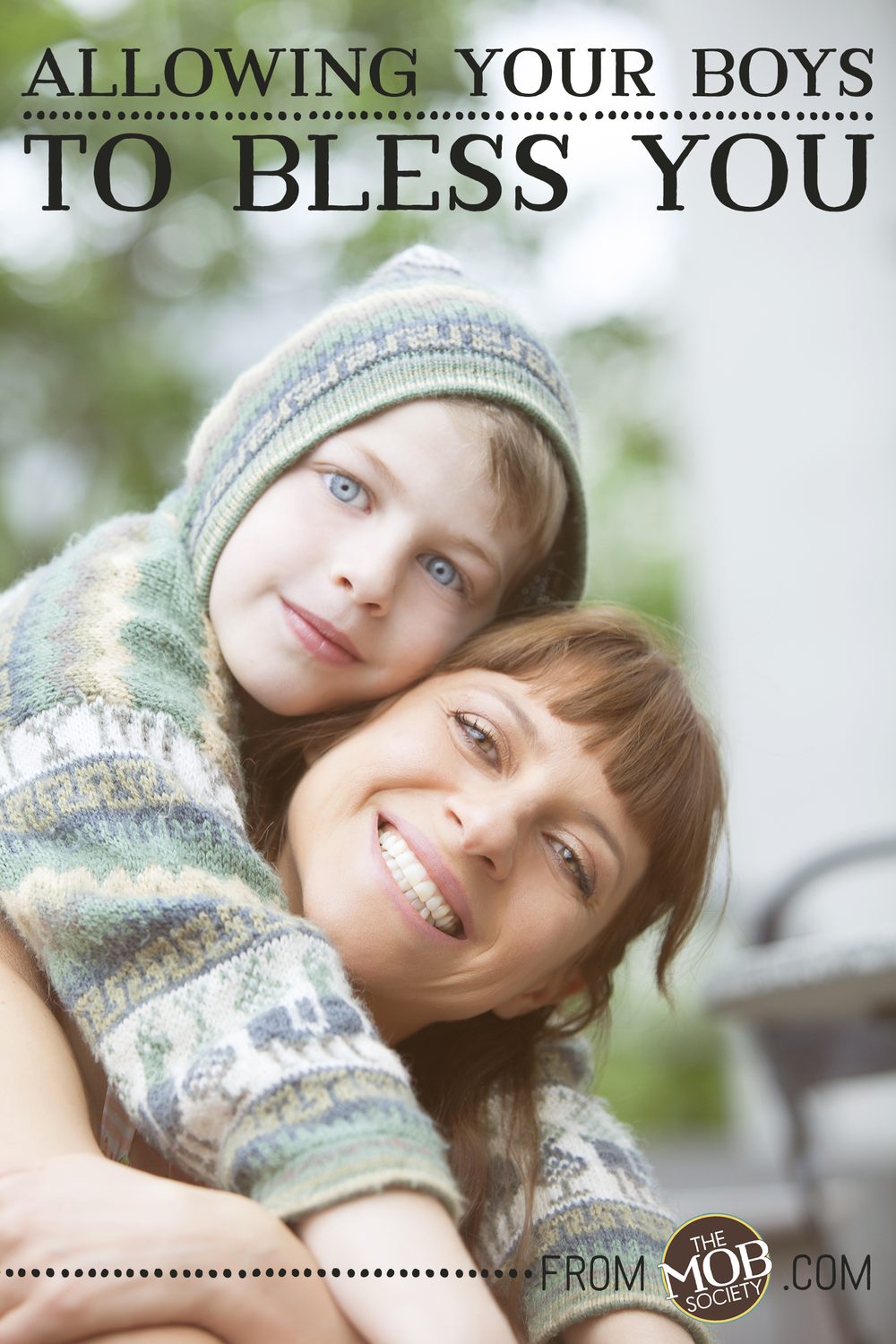 And that’s when I almost blew it. I have a natural tendency toward frugality – save your money, don’t spend it, be careful with what you have. That’s good as far as it goes, but it’s not everything.

Once again, I began to wonder what the Lord would say here. Would He say, “Save your money and treat yourself,” or would He say, “Give and it shall be given unto you?” We want our children to grow up to be generous and loving, to think of others more than themselves, and to provide for their families happily. And that starts now. It’s these little decisions that shape character.

We realized this a while back, though I have to keep reminding myself. I want to see our children receive the things they want so badly — those things that we can’t spare the money for. I desperately want to give them pleasure. Sometimes, though, the lesson is more important than that.

When one of our sons spends $5 to buy a couple of gallons of ice cream to give the family a treat, he not only has the pleasure of the treat himself, but he’s able to enjoy the delight of his siblings and the satisfaction of providing for them. Everybody wins and selfishness is defeated.

Now, we encourage them to spend money on each other and on the whole family. When a son volunteered to spend his carefully saved guitar money on a new radiator for the family car, we said, “Thank you so much, son, that’s a blessing!” We so badly wanted to say, “Certainly not! Don’t give that up!” It was hard, we love him so much, but the reward was priceless when he walked in the door after it was fixed and said, “Mom, you know it makes a guy feel good to take responsibility – to meet a need, to do something that matters. I had no idea how much fun it could be to be the one to take care of something.” Wow. There’s a lesson worth a lot more than a guitar – and a young man like that will have no problem earning himself more for that guitar, either.

Parenting changes for the better when we ask, “What does the Word say about this?” That’s when we get past cultural habits and our own baggage and begin to disciple our children like we ought to – as Christians whose top priority is glorifying God.

By the way, the hot chocolate was wonderful.

What are some ways you can allow your boys to be a blessing to you? Melanie Young is, with her husband Hal, the author of Raising Real Men: Surviving, Teaching, and Appreciating Boys, Christian Small Publishers 2011 Book of the Year, and the soon-to-be-released (preorder now!) My Beloved and My Friend: How to be Married to Your Best Friend Without Changing Spouses. Join them on the web at their Raising Real Men!

Love, Honor, and Cherish: Teaching Boys How to Treat a Woman

Man Up! When Our Sons Stand Alone