Practical Ways to Model A Sacrifice of Thankfulness

Want to get your boy’s attention when you’re talking about the Bible? Just start talking about the slaughter of animals that used to happen as sacrifices to God. Animals, knives, weapons – they will be fascinated. And it’s a good conversation that will lead to the most important sacrifice – Jesus dying on the cross for our sins.

Jesus’ ultimate sacrifice put an end to our need to offer blood sacrifices to God for forgiveness of our sins, but it was not the end of us making sacrifices for Him. Our sacrifices have just taken on a different form. In the gospels, Jesus talks about choosing Him over our own family members. He tells the rich man He will have to sacrifice His love of money in order to follow Him. Many of the disciples sacrificed their jobs and reputations to literally follow Jesus. 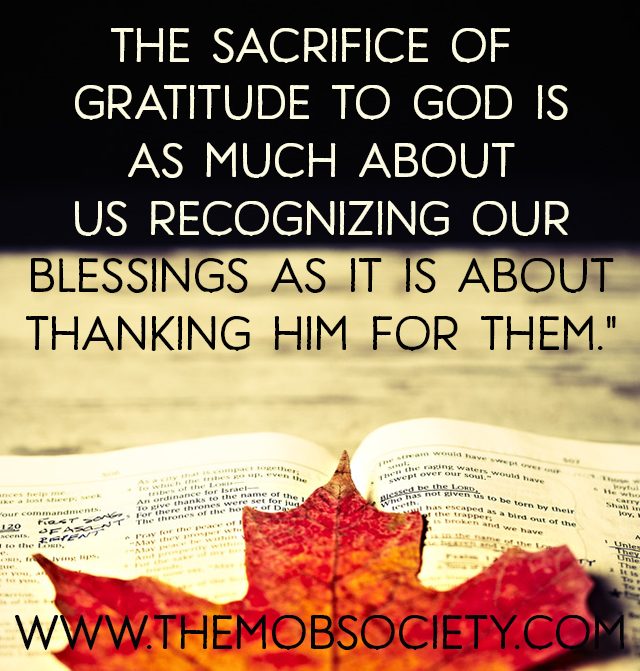 We quickly discover as Christians that our life doesn’t become all sunshine and roses, and that sacrifices will pop up often if we are truly walking in His will, but not all sacrifices He requires are hard sacrifices.
Make thankfulness your sacrifice to God. Psalm 50:14
The Israelites would lay animals on the altar for sacrifice. Our gratitude should be laid at His feet in a similar manner. And it’s not just for His sake. The sacrifice of gratitude to God is as much about us recognizing our blessings as it is about thanking Him for them. Sometimes its hard to find those blessings and that’s when digging for thankfulness and presenting it to Him in even a raw form is even more significant.
I wanted my boys to learn this connection between sacrifice and thankfulness, so we did a little hands-on activity. Here’s what you need to do it with your own boys:
We began with reading from Numbers 15 about the rules God gave Moses for sacrifices and for what sacrifices were offered. Act this out with kids however you feel is appropriate, but my boys thought it would be fun to sacrifice the animals with their foam lightsabers. I know it’s not historically accurate, but it kept them engaged, so I went with it!
The next step is sharing Jesus’s sacrifice with them. Romans 3:25 is a great verse to share that explains how the blood of Jesus negated the need for animal blood sacrifices.
For God presented Jesus as the sacrifice for sin. People are made right with God when they believe that Jesus sacrificed his life, shedding his blood.
Since we are no longer required to offer Old Testament-style sacrifices, God calls us in Psalm 50:14 to make a new kind of sacrifice. To help the boys understand this better, we wrote down things we are thankful for on slips of paper and laid them on the altar rather than the toy animals. Instead of pretending to cut or burn this sacrifice, we knelt right there and thanked God in prayer.
This activity is a great way to make gratitude in priority in your home, but just like Thanksgiving, don’t let it end with that one day. Making thankfulness your family’s sacrifice to God is all about an ongoing mindset. Introduce it, model it, and encourage these sacrifices daily. 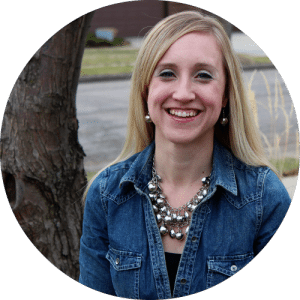 When He’s Pulling Away…

5 Ways to Encourage Your Boy to Dream