Three years of French and all I remember is bonjour. That’s pretty typical for most of us, I think.  I really hoped things would go differently for our children. We travel all the time and I would love our children to be multilingual! Over our two decades of homeschooling, we’ve studied German, Chinese, and Spanish with a variety of curricula and results.
We were speaking at a conference last summer when I met an old friend helping out at the Excelerate Spanish booth. We chatted for a while and finally, intrigued, I interviewed Caryn Powell, the author, for our blog.   Here’s the idea: if you just read or hear a new language, it’s hard to remember it, but if you use it, if your body moves to do something in response to it, your brain takes it much more seriously – this is useful, needed information! If you experience emotions in response to it, like when you hear a story, you brain becomes really engaged! At least, that’s the way I understand it. 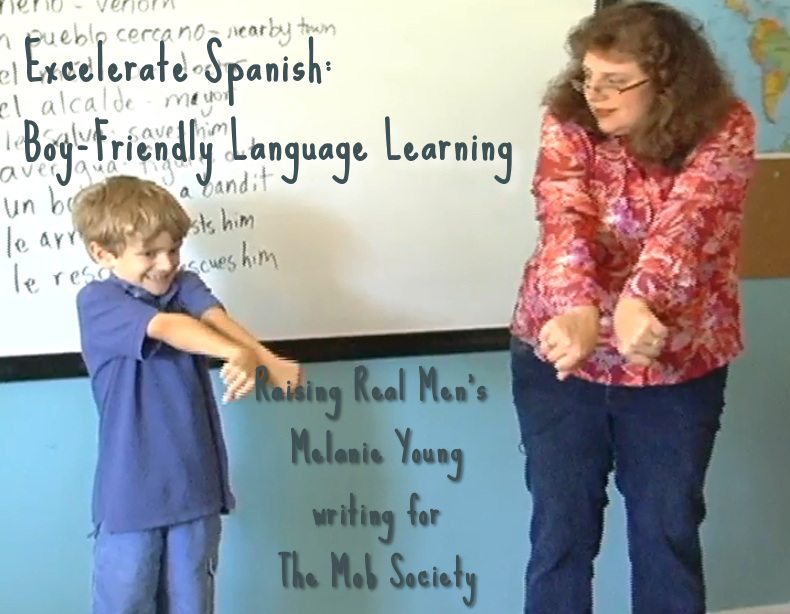 And it works. I was amazed. We plug in the Excelerate Spanish DVD, listen to the lessons and this is important, use the hand motions that Caryn illustrates. It’s really pretty fun! She explains the vocabulary and shows you the motion to make. Then she tells a story with that vocabulary. The stories involve things like two people trying to catch the same taxi or getting a fishing hook stuck in your thumb – engaging your emotions, but not upsetting anyone. I did have to insist our children not call one another “stupido” as one character did. J It is amazing how the stories help you to remember the words! 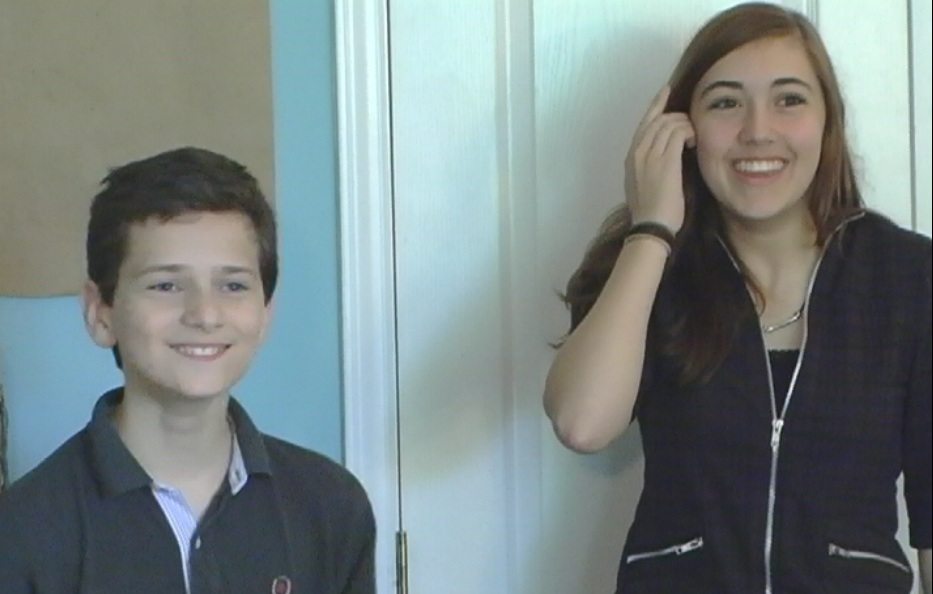 We’ve had a few challenges. The younger children were thrilled with the idea, but the teens were horrified, “You want us to act out stories?”  Teens have a huge sense of dignity and I think they were embarrassed. I had to demand they cooperate for the first lesson, but once they saw they could understand a paragragh in Spanish after one lesson, they were hooked! The nine to twelve year old crowd, on the other hand have been delighted with the program from the first time they heard about it. They love the stories, they love the motions, they love learning the language. It’s the perfect curriculum to harness that boy energy and craziness and turn it to something profitable.

You do need the textbook to get the most from the lessons, and I would recommend one for each child, or perhaps every two. Each child would need their own workbook, but both books are very reasonable. For our children, the younger elementary students enjoyed watching the DVDs and are probably picking up some of it, but the texts are a bit above their level. Over about ten years old, our children have really enjoyed it and done well with it. The year one program offers about a year of language study at the high school level – and with about as little stress as possible! 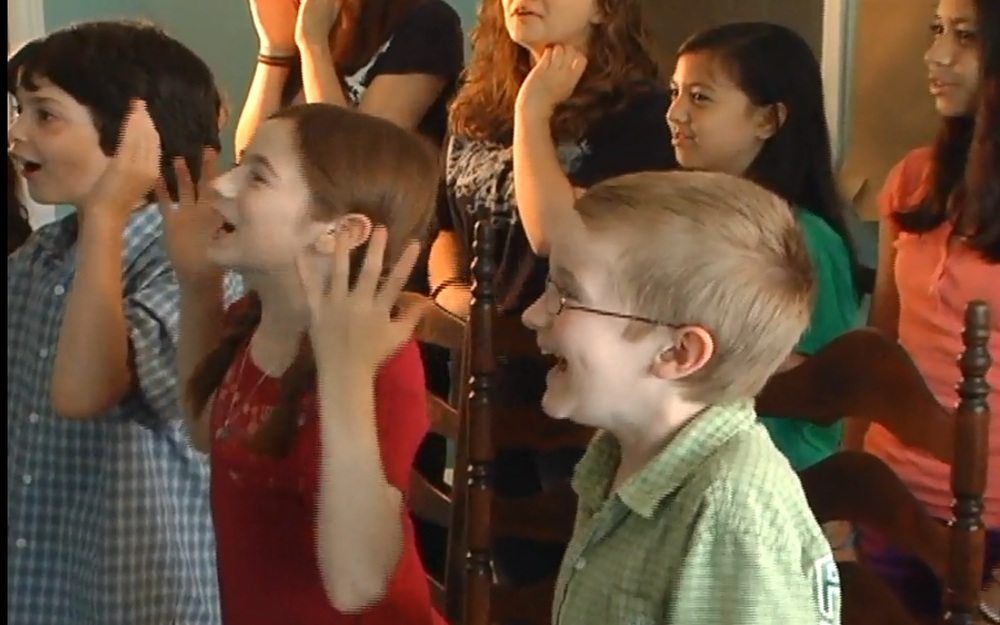 Is there anything I would change? I can only think of a couple of things. I’d love to have a CD with the text and workbook and be able to print copies – maybe they’ll do that one day. I’d also love to have copies of the pictures Caryn occasionally posts for words that are difficult to act out. Neither of these things are a big deal – I can print out a picture of a taxi myself, I’d just rather have it done for me.

I really think this is the best language program we’ve used for retention. The children have remembered what they’ve learned even when we’ve skipped doing it for weeks as we did over Christmas break. I highly recommend it – as I’ve already told the author (you’ll see my endorsement on the site)! This is a goody, especially for boys! Head over to the Excelerate Spanish website where you can see what the DVD lessons are like. I think you’ll like it!

This curriculum was a gift with no obligation. The review is my unbiased opinion. Melanie Young and her husband, Hal, are the parents of six boys and two girls and the authors of Raising Real Men: Surviving, Teaching and Appreciating Boys, the Christian Small Publishers Book of the Year, and the new release, My Beloved and My Friend: How to be Married to Your Best Friend Without Changing Spouses. They are popular conference speakers internationally.

Love, Honor, and Cherish: Teaching Boys How to Treat a Woman