Submit to the cross of christ, not your emotions

Is it really possible to stop the downward spiral of our emotions and respond to our children with grace and dignity?

If you struggle with anger, yelling, shaming, and generally allowing your emotions to control you instead of the other way around, we have a special gift for you. It’s called No More Angry MOB (mothers of boys).

No More Angry MOB (NMAM) is a free ministry of the MOB Society, devoted to helping you overcome and live a victorious life by the power of relationship with Jesus Christ. The goal of NMAM is to provide support, love, and help getting each other to Jesus when our emotions threaten to take over. Together, we’ll submit to the cross of Christ instead of allowing our emotions to take over and tell us what to do.

To join NMAM, simply follow this link and request to join our private Facebook group! You’ll be admitted within a few hours (if not immediately) and can begin receiving the help you need right away.

As an added resource, consider purchasing a copy of Brooke McGlothlin’s, How to Control Your Emotions, So They Don’t Control You: A Mom’s Guide to Overcoming. The NMAM group is built on concepts from this highly practical, biblical model for submitting your emotions to the authority of the Word of God. After you read it, you’ll be equipped with information you can put into place immediately to start seeing a difference in your heart.

And know that any purchases made through the affiliate links found on this page will help support the work of Raising Boys Ministries and The MOB Society at no extra cost to you! Thank you for supporting our ministry! 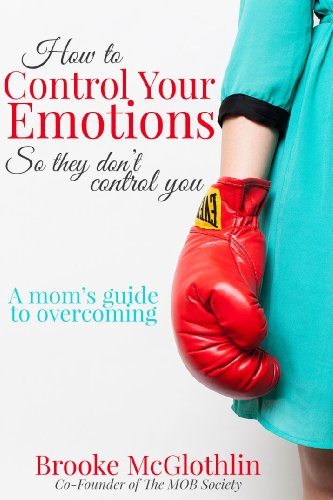