A Heart Held Captive by Perfectionism 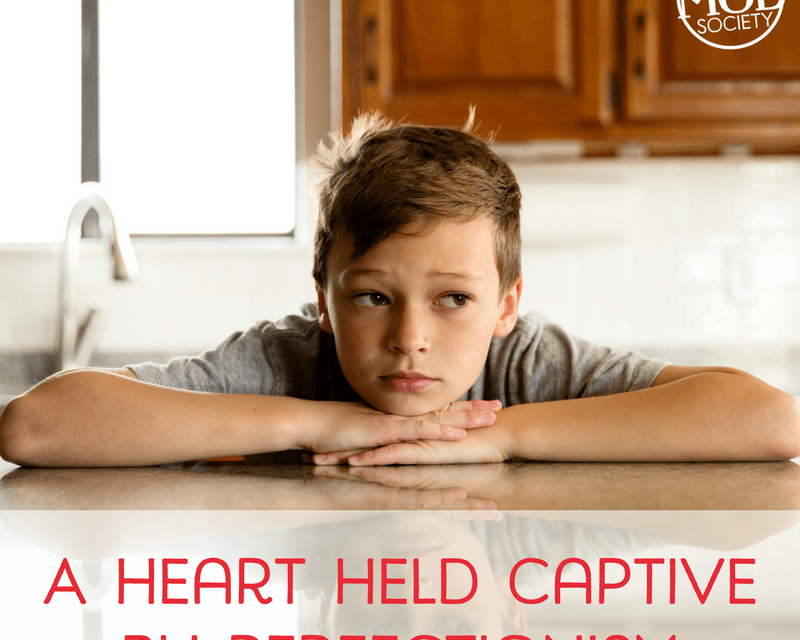 He had been working furiously, all the crayons splayed across the kitchen table, his tongue sticking out one side, brows furrowed, never slowing down to look up. He declared his masterpiece finished and marched on over to show me his latest depiction of the Titanic in all of its pre-sunken glory.

He reviewed the details with me, ones that I would not have known to look for, like precisely four smokestacks atop the massive design. Every bit of it cautiously and accurately recreated, except for the lifeboats, he altered the number the ship carried to include enough for all the passengers. Clever.

A couple short years ago, this sweet moment of our discussing his impressive and thoughtful work could have played out much differently. While there were a few drafts scattered errantly this time, there have been times he covered the floor in crumpled up sheets deemed not good enough. Not good enough for whom?

These days I tensed up less at his question, as it once felt like a trap, a dare almost to call out the very thing he believed to not measure up. He could see it and surely so could I. He would wait and then erupt as I explained that I didn’t find the mistake he did. The picture in his mind not adding up to what was on the paper.

He would say, “Mom I just can’t get what’s in my head to come out right.” He would end up in a puddle of tears and frustration. 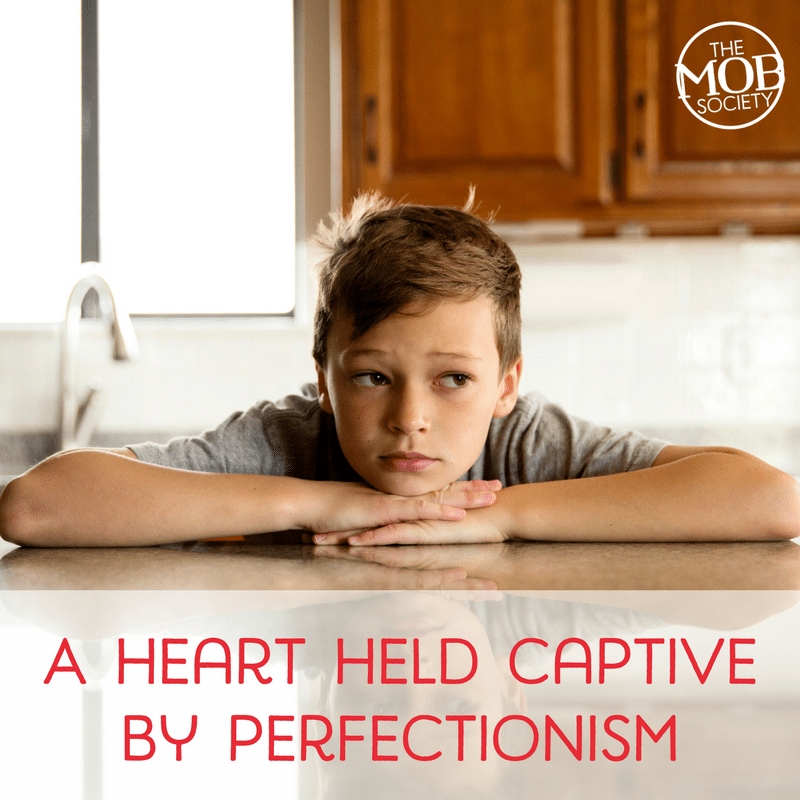 Now, his self-evaluation would be tempered, “I messed up the top deck a little and well, first I had only drawn three smokestacks, like it originally had, but then I added one,” and he would go on to tell me why. He wouldn’t get stuck on the imperfections, it did not define him or his work, this time, he would see beyond.

Each time he would get upset, it would hurt our hearts. He was held captive by the emotions tied to not getting it right.   We would ask ourselves if we were being too hard on him, expecting too much, enabling his negative thought process somehow. Given our unique situation with three brothers his same age, we would wonder why he would not let himself off the hook when they would. What message was he hearing louder than our acceptance, than His acceptance?

What, then, shall we say in response to these things?  If God is for us, who can be against us? …  Who then will condemn us? No one, for Christ Jesus died for us and was raised to life for us, and he is sitting in the place of honor at God’s right hand, pleading for us … And I am convinced that nothing can ever separate us from God’s love (Romans, 8:31 NIV, 34, 38 NLT).

Nothing, not even our own feelings about ourselves can separate us from God’s love and acceptance. We had to remind him of the freedom found in God’s immense, unconditional love. Nothing we do can make God love us more, and if He can love us so widely and deeply, if He can see beyond our flaws, then who are we to condemn ourselves?

Had we not experienced this similar thread of perfectionism and high standards some with our oldest son, our concern would have been even greater. I recall stammering to a teacher, adding a nervous laugh, “I promise we don’t make him do pushups when he misses a math problem.” He had always set high standards for himself, an intensely curious learner. He comprehended quickly, his words and actions playing catchup to his brain. His frustration mounted when he felt he wasn’t performing well. As he relied upon truth, our support, and positive influences, his hard won progress was evident in his elementary school years. His attitude toward his perceived failures became more gentle and kind. He even began to acknowledge failure as a possible outcome. Recognizing and then capturing the lies and replacing them with His truth, he grew stronger and more resilient. We demolish arguments and every pretension that sets itself up against the knowledge of God, and we take captive every thought to make it obedient to Christ (2 Corinthians 10:5 NLT).

Our intention is not for our sons to feel immense pressure, to be highly self-critical, or enslaved by unrealistic expectations. We did a heart check to evaluate how we may have been unknowingly endorsing this behavior. I too can be hard on myself when I do not seek grace or live forgiven. The only standard we need to concern ourselves with is His, the cross our only measuring stick.

We have found ten ways to reach our son’s hearts when their minds are clouded by the smoke and mirrors of perfectionism.

Check in. There will be times they revert to their perfectionistic tendencies as stress, anxiety, less sleep, impending sickness, too much on their plate all lead to a path of criticism. When I sense my sons pressure building and schedules overflow, it is time to allow for breathing room, a carefree afternoon, time in nature, a dinner out. They need help knowing when they need to come up for air.

We must root our boys in God’s promises and trust in his provision, he will make good of our failures and shortcomings, be confident of this, that he who began a good work in you will carry it on to completion until the day of Christ Jesus (Philippians 1:6 NIV).

God’s got this, trust Him to see it through.

5 Tips to Walking Through Loneliness and Finding a Friend

Embracing My BoyMom Role (When Maybe I Really Wanted a Daughter)