Tears stream down my face hot and fast. I really thought I’d be fine. Walking into church moments earlier with dry eyes and a strong countenance—the melody began. Songs of praise open the arms of my greatest Comforter. In seconds, He wraps me in a loving embrace and squeezes out a bucket of tears.

How do you explain the love a mother has for her son? It’s like explaining the color blue to a blind man. “Joanne, do you want to go?” Paul leans down and whispers. He knows me well. I’ll never make it through service without battling waves of soft hiccuping sobs—the sound of a mother’s heart being shredded.

The little boy who collected bugs in jars and curled up in my lap for hugs became a teenager magically overnight. The growing pains of poor choices were something I never expected. “Now that I finally have some wisdom to impart—no one wants to listen.” My father likes to tease—true and painful words that mirror my thoughts about my rebellious child. If wisdom were water today, I’d drown him in it. 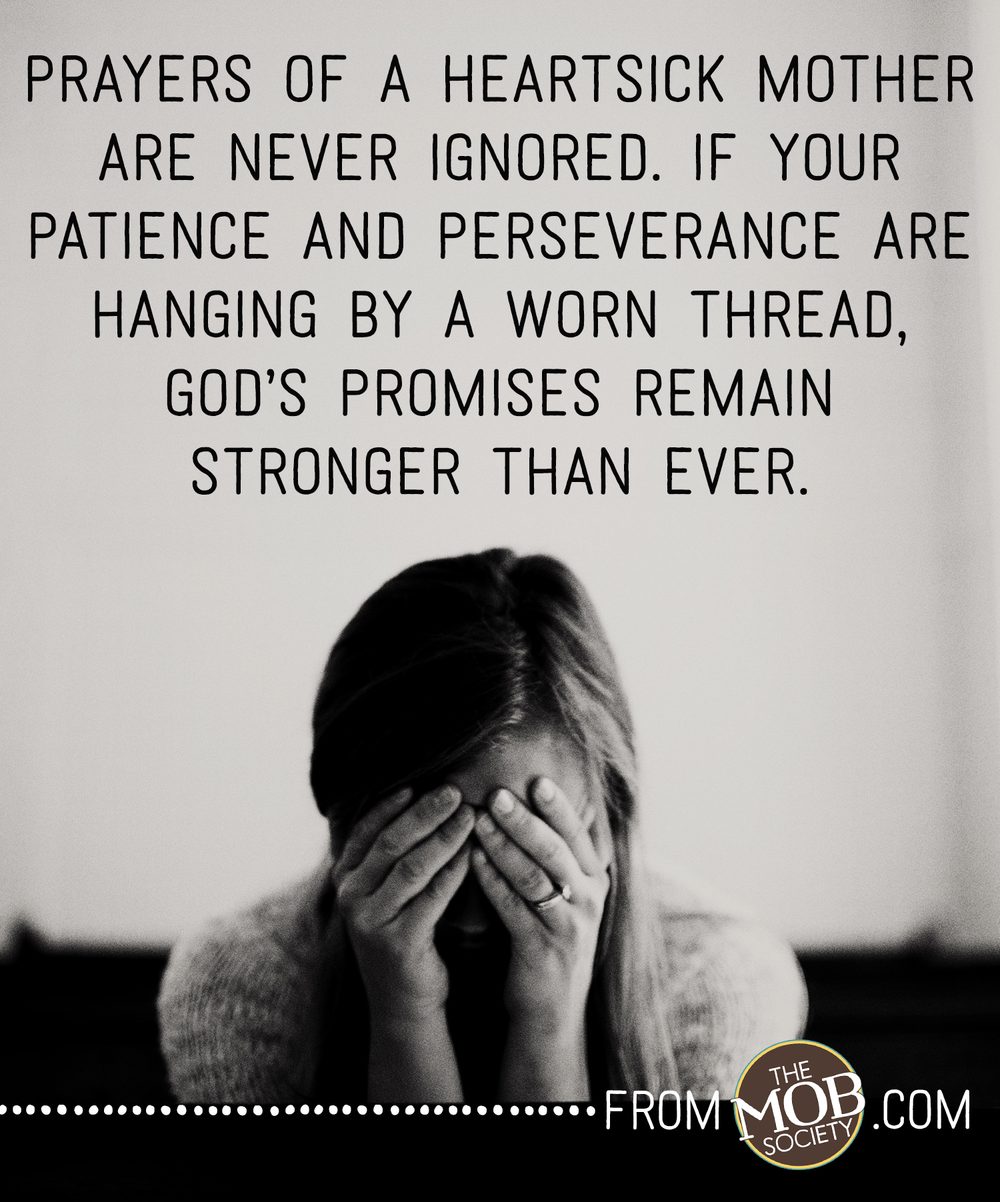 There’s a story tucked away in the gospel of Luke that many parents are walking out in living color. Jesus shares the parable of a man who has two sons. The younger son asks his father for his portion of the family estate as an early inheritance. Remember, an inheritance is not received until a parent dies. This son basically told his father to drop dead. Still, his father gives him what he asks for and the son takes off to another land and proceeds to squander his inheritance.

When the money is gone, a famine hits the land and the son is destitute. He gets a job feeding pigs. His lowest point comes when he realizes the pigs he’s cleaning up after are eating better than he is. Broken, he remembers his loving father. He realizes his foolish choices and decides to return home to ask his father for forgiveness and mercy.

When I stopped and thought about it, before I gave my life to Jesus, I was a prodigal, too. Here’s what I remind myself: God allowed me to live and lie with pigs. These painful years opened my eyes and dropped me to my knees.

I want my child to be on fire for Jesus, but, I don’t want him to walk through fire to get there. I don’t want my son to live and lie with pigs. Ultimately, what I’m saying is that I actively want to take the pen from God’s hand and write my son’s testimony. If I had my way, my son would follow Christ without any cost to him at all.

It’s not easy to allow pain to touch a rebellious child. The prodigal son’s father can give us a few lessons in that area:

What I thought were my son’s lessons to learn became holy sandpaper used to refine me, too. I don’t share this to depress you; I share this to gently encourage you. Because I also learned:

My son was always the rambunctious child with a heart of gold. His rebellious years felt incredibly long. Today, he’s a senior in college and working on his pre-vet degree. If you’d told me five years ago this is where he’d be, I’m not sure I would’ve believed it. I guess that’s exactly how faith and prayer work when it comes to our kids.

Whether my kids rebel or stay on the narrow path, I’ve learned to trust. God promises in His word to give us the desires of our heart (Psalm 37:4). To know my children are walking in truth (3 John 1:4) is the deepest desire of my mom-heart. No matter what age my children are and no matter how much they choose to rebel, I trust Him to write their God-story. 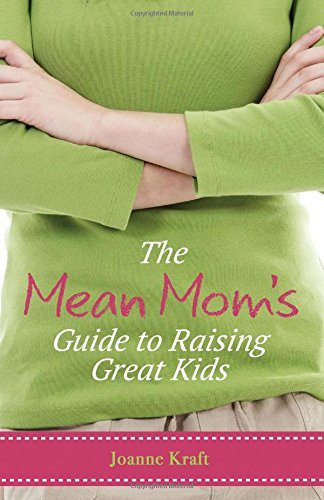 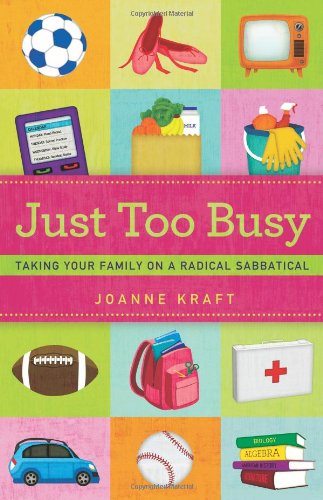 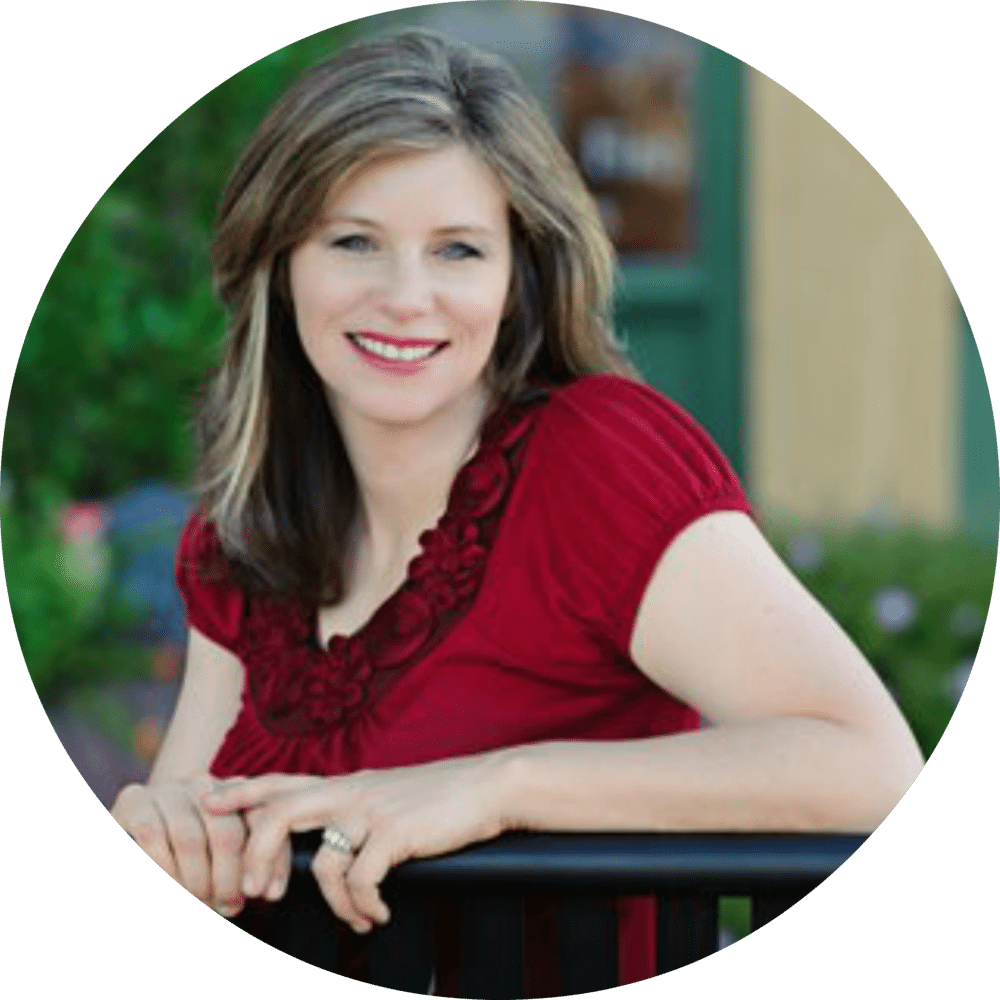 Joanne Kraft is a mom of four and the author of  The Mean Mom’s Guide to Raising Great Kids and Just Too Busy—Taking Your Family on a Radical Sabbatical. She’s a sought-after speaker and has been a guest on Focus on the Family, Family Life Today, and CBN. Joanne and her husband, Paul, recently moved their family from California to Tennessee and happily traded soy milk and arugula for sweet tea and biscuits. 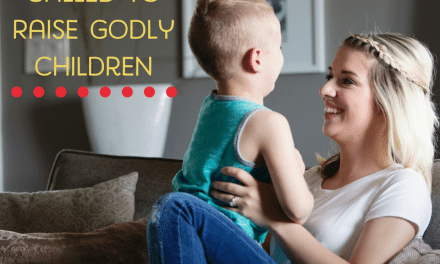 I Was Not Called to Raise Godly Children