Joseph, Your Fiancee is Pregnant.
We first meet Joseph in Matthew and he’s quite distraught because his fiancee, who still claims to be a virgin is somehow pregnant. Her only explanation–the Holy Spirit. That news is enough to send anyone into a tailspin.  While scripture doesn’t go into detail, I’m quite sure that Joseph was distressed. I imagine him pacing, possibly praying out loud asking his God what it was he was was supposed to do, but thinking that God didn’t actually care.

For 400 years Israel had heard nothing from God. He had been silent. If you turn in your Bible you will probably see a page at the end of the Old Testament that says, “New Testament.” Pretend that page represents 400 years of silence.  While all the earth waited with bated breath in anticipation, it was news of a pregnancy that would fling wide the gates of connection to God. 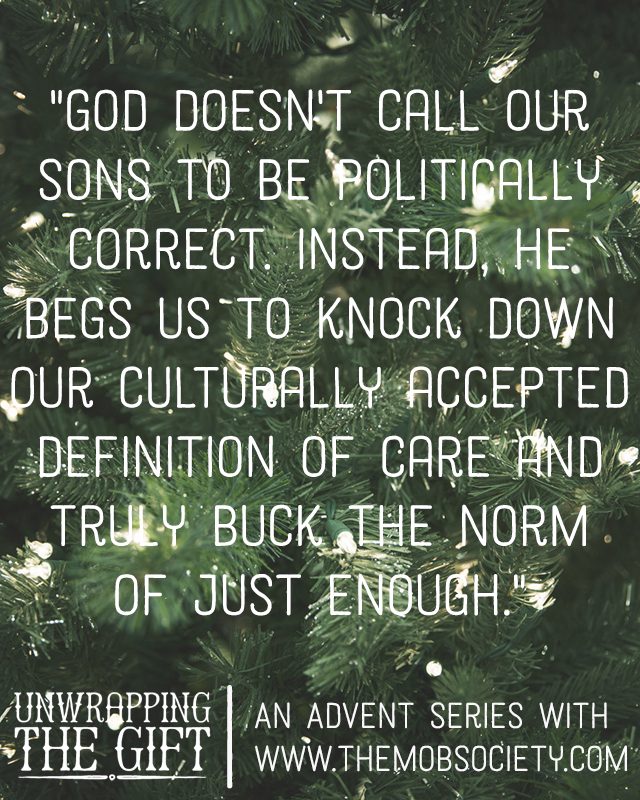 A myriad of decisions lay before Joseph. From the moment of their betrothal, Mary was considered Joseph’s property and his wife. A breach of this nature even though they weren’t technically married called for swift and exact punishment.  Joseph legally could have demanded Mary’s stoning, but Matthew calls him “just” and says he chose to “put her away quietly.”  Culturally this was an acceptable, merciful and just decision.

Those two words continue to change the course of history time and time again.  Joseph probably laid on his pallet that night as a defeated man. I expect he fitfully tossed and turned as scenario after scenario turned in his mind.  Then, Gabriel appeared to him.  A bona fide angel appeared and confirmed Mary’s story. That sealed the deal. He took Mary as his wife and raised Jesus as his own. I doubt that decision was easy. People are people and not much has changed in two thousand years. Humans love to gossip and judge. We look at other situations and drop snide comments without taking into account that we don’t know the whole story. Joseph must have faced many a judgement as he chose to believe God and shun the opinions of man.

Joseph didn’t stone Mary which was a merciful and acceptable decision.  He could have also just put her aside, ignore her and move along with is life.  No, Joseph chose to believe an angel and in doing so turned cultural protocol on its head.  His actions forever set an example of not only loving his wife, but valuing reconciliation and obedience over popular opinion.

God doesn’t call our sons to be politically correct.  Instead, he begs us to knock down our culturally accepted definition of care and truly buck the norm of just enough.  Moms, he calls us all, through Joseph’s example to above and beyond what others expect.  If the general population thinks you are doing too much, loving too much, or sacrificing too much, then we are probably right where Jesus would want us to be.

Joseph was a man that our boys could emulate, but his attitude is one that convicts and encourages my own heart. In this blessed season when we celebrate the divine wrapped up in flesh come down to earth, let us all be not hasty to condemn and instead lavish love.

Read the story of Joseph in Matthew 1 with your children.

1 – Has there ever been a time when you could have made one decision, but instead God asked you to follow him by making a better decision?

2 – What does the word “just” mean (as it was used to describe Joseph)?

3 – How is God calling you and your boys to knock down the culturally accepted walls of “caring” and instead care for others the way Jesus would want us to? 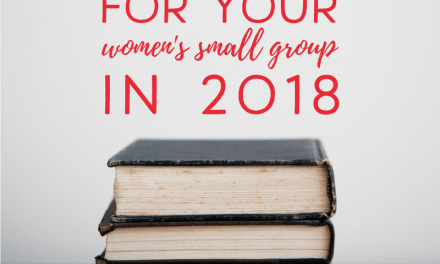 Best Books for Your Women’s Small Group in 2018

When My Son Mirrored My Own Misplaced Adoration