My son will tell you that when he grows up, he wants to be a zoologist. I, on the other hand, am pushing for all three of my young boys to open a family practice as pediatric dentists. My oldest is okay with that as long as he gets to be a Power Ranger on the weekends.

In all seriousness, I’m not one to pressure my kids to become what my dream is for them. I know well enough that God already has a plan in place for their lives that will be far better than the one I imagine when I rock them to sleep at night, or watch them walk across the preschool graduation stage.

It’s natural as a parent to daydream about what our children will do with their lives and the images we have are as various as the grains of sand on the seashore. But I can’t help but believe that one thing is constant for all of us. 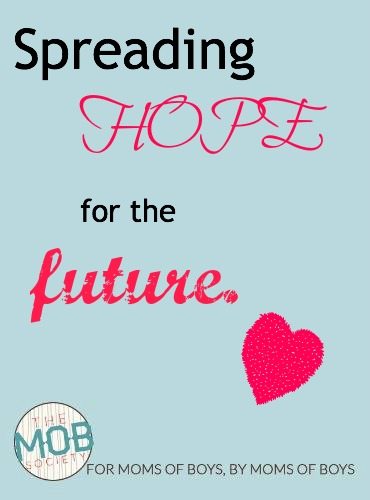 For I know the plans I have for you,” declares the Lord, “plans to prosper you and not to harm you, plans to give you hope and a future. Jeremiah 29:11

As a former teacher, I often witnessed the dreams of teenagers and the hopes of parents collide, imploding in their senior year as they asked me for advice about universities, majors, and how to make such life-changing decisions.

But these families were the lucky ones. Such happy fears, these questions over bright futures. We should all be so blessed.

When we place a sign in the hands of our Kindergarteners and take a picture on the first day of school, we don’t consider the possibility of their lives being cut short at their own hands. But it happens.

And it happens often.

I’ll never forget the note one of my students sent to me shortly after Christmas break. She sat on her bed, and wanted to disappear. It was hard to imagine, this stunning young girl, full of smiles and well-liked by her classmates-considering taking her own life. Thankfully, she changed her mind and told her mom what she had been contemplating. The letter she wrote to me explained that for some reason, she thought of me in those desperate moments-she remembered that someone cared about her and she decided to live.

Suicide is not limited to any one age group. The rise in suicides among the military is astounding-we are losing more soldiers on American soil at their own hands than we lose in combat. It’s staggering. Bill Briggs from NBC News, states:

“Last year, when self-inflicted military deaths outstripped the number of troops killed in combat, there was one suicide every 17 hours among all active-duty, reserve and National Guard members, according to figures gathered from each branch.”

The American Foundation For Suicide Prevention has the most current statistics which are from 2010:

I don’t like thinking about death. I certainly don’t like talking about suicide. It’s much more comfortable for me to focus on gymnastics schedules and managing homework or the perfect method for potty-training.

Except that God keeps pushing beyond the boundaries of my own home.

I also believe that we can turn the tide of this epidemic by spreading a message of hope, long before our sons reach the age of understanding or become impacted by this tragedy. The government and secular agencies are doing all they can to stop the sobering trend of suicide but their efforts haven’t been effective. I believe it’s because they are missing one very important factor.

When we lose hope, the will to live ends as well. And we know that true hope is found in Christ alone. As moms of boys who are training our children in righteousness, we must not let fear rule our hearts as we dream of the bright futures that lie ahead for our sons.

My husband Guy and I own a small faith-friendly and family-friendly TV and Film Production Company called, Storehouse Media Group. Guy left a lucrative and coveted role as a development executive after 15 years in the entertainment industry so that we could develop shows and movies that honor God and inspire people. Instead of throwing in the towel, we want to wipe away the stigma and help change the culture in Hollywood.

Let’s be a light where it is so very dark, and let’s use one of the most powerful mediums in the world to do it by making a movie that offers hope.

One such film is the true story of Kristen Jane Anderson’s failed suicide attempt, which she wrote about with Tricia Goyer in their book, Life In Spite Of Me. After enduring a series of painful losses and personal tragedies, Kristen’s picture perfect life began to crumble. One January night, she decided to end the pain by leaping in front of a train. She wanted to die. God had other plans.

Guy and I have a dream of turning Kristen’s story into a visually stimulating and heart-changing feature film that will bring a message of hope to the hurting and save lives. God took the devastating events of Kristen’s life and redeemed her story for good. Many thousands of readers have been radically changed by her book but we believe that the massive international platform for film will further this life-changing message.

We need your help.

We need 3,333 people to donate 30 dollars or more by November 15th so that we can spread the light of Truth in Hollywood and around the world.

Will you watch our movie trailer of Kristen’s pivotal moments as she decides to end her life and then consider donating even 1 dollar to our campaign?

We are offering some amazing perks or gifts for donations-like a limited edition “Finding Hope” necklace from Lisa Leonard Designs, SKYPE sessions with Kristen Jane Anderson herself for your church or school, or even a walk-on role in the movie!

Here’s how you can help:

1. Watch this teaser trailer for the film, Life, In Spite Of Me.

2. Consider donating 1 dollar or more to the Kickstarter Campaign (every dollar counts!).

4. Pray that God will continue to use Kristen’s story to save lives and bring many to Christ. Amber lives in Southern California with her husband and 3 boisterous sons under the age of 6. She writes about faith and family from the perspective of a work-at-home mom as a Hollywood producer and writer. You can follow her God-sized dream journey and their “Testoster-Home” at www.motherofknights.com. 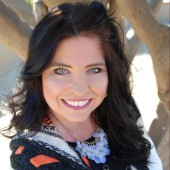 5 Parenting Strategies to Empower our Kids

Summer is for Taking a Break from the Norm (July Series) 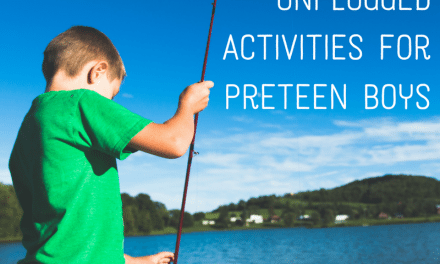